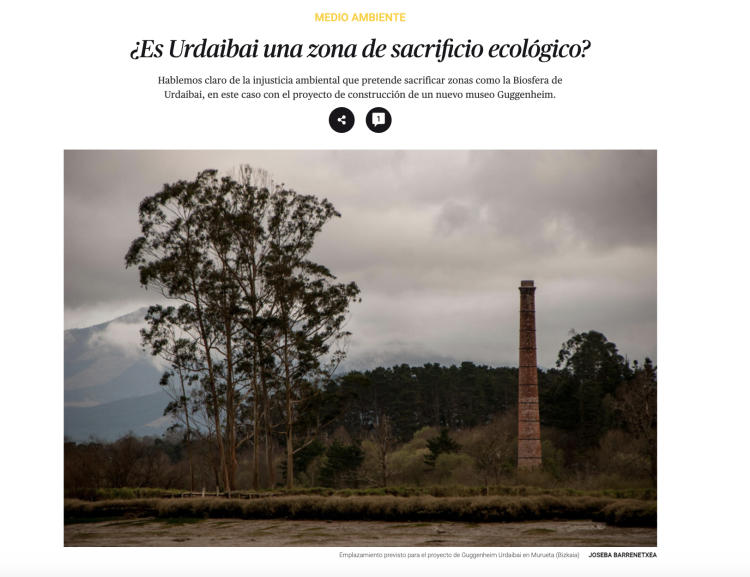 First year ENVS PhD student, Naia Ormaza Zulueta, advised by Assistant Professor, Zia Mehrabi, just published an opinion article in a Spanish independent journal, el Salto Diario, about sacrifice zones. She debates the use of the term "Sacrifice Zones" and how the adjective sacrifice promotes a reductionist and misguided vision of what "sacrifice" could and could not mean.

The article uses the example of the Biosphere of Urdaibai, a wetlands with rich biodiversity. Currently, there are plans to develop these wetlands into a museum, an extension of the Guggenheim Bilbao. Classifying this ecosystem as a sacrifice zone, has an immense drawback: it gives the idea that ecological damage is focused on some areas while others are safe from these threats. We know, though, that the damage is global. Everywhere life is sacrificed for the sake of consumerism and “development” understood as unbridled and infinite economic growth. Sacrifice zones are not insignificant or circumscribed failures within a system that, from a holistic or overall view, would function properly. These areas represent the shocking reality of being the most visible symptoms of a global ongoing crisis.