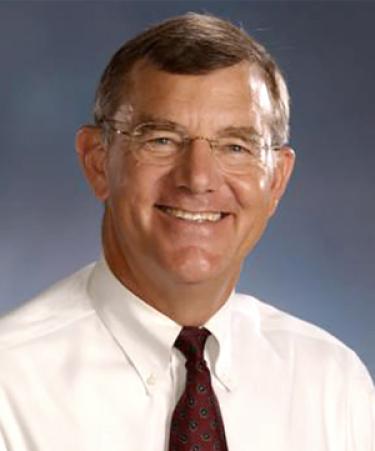 James Voss is an AIAA Fellow and Smead Aerospace scholar-in-residence.

From 1984 to 2003, Voss served at NASA in a variety of capacities, including as an astronaut, engineer, and manager. As an astronaut, Voss completed five space shuttle missions and four spacewalks – including one that was over eight hours long, the longest to date. Voss was also part of the second crew to inhabit the International Space Station (ISS), and the first person to operate the ISS’s Canadian robotic arm. He was also the first American astronaut to train on and fly on the Russian Soyuz spacecraft as a flight engineer.

In total, Voss spent 202 days in space. While at NASA, Voss also worked in space shuttle safety, and in the wake of the Space Shuttle Challenger disaster in 1986 was a member of the STS 51-L accident investigation and space shuttle return-to-flight activities. He was also a capsule communicator, an Astronaut Office training officer, and a manager in ISS flight operations. Additionally, a member of the U.S. Army, Voss was the senior Army officer and commander of the Army detachment at NASA Johnson Space Center.

After leaving NASA, Voss was employed by a number of aerospace firms, all developing human spacecraft for NASA. Voss’ last project before retirement in 2013 was the Dream Chaser, a lifting-body spaceplane developed by Sierra Nevada Corporation.

A noted educator, Voss was a professor of mechanics at the U.S. Military Academy at West Point, as well the associate dean of engineering for external affairs at Auburn University. He joined CU Boulder in 2009 as a scholar in residence, and teaches a class on human spaceflight.

Voss’ honors include a NASA Distinguished Service Medal, U.S. Army Distinguished Service Medal, five NASA Spaceflight Medals, the Russian Spaceflight Medal of Achievement, and the NASA Leadership Medal. Voss is a member of the Alabama Engineering Hall of Fame and the Alabama Aviation Hall of Fame. He is a 2016 recipient of the AIAA Haley Space Flight Award, which honors outstanding contributions by an astronaut or flight test personnel to the advancement of the art, science, or technology of astronautics.