Flying Before Walking: The CU Trailblazers

Flying Before Walking: The CU Trailblazers

"... Come on Chungus." the rocketeer murmured into the microphone.

The team erupted, screaming wildly as the rocket flew.

"YES!" Reign Pagaran yelled, leaping into the air, held aloft, it seemed, by the joy of this moment. The Trailblazers did it, they flew before they walked.

It was Evie Clarke (BioMedEngr'24) who first saw the Wisconsin Space Grant Consortium's First Nations Launch (FNL) display at the AISES national convention in September of 2021. FNL is a high-powered rocketry competition focusing on Native student participation. It had been Clarke's dream to participate for years.

"Evie saw the booth. The way these things work, Evie points and says, 'Reign, we've got to do this,'" Pagaran (MechEngr'25) said.

The Trailblazers, as the CU Boulder team named themselves, were all from different tribes. No one had high-powered rocket experience. The members were Clarke, Pagaran, Alexa Martinez (ChemBioEngr'23), Jadon Shortman (ChemBioEngr'23), Annalise Hildebrand (MechEngr'23) and Kaylan Madrid (AeroEngr'25). Brittany Nez (MAeroEngr'22) acted as graduate student advisor.

From September to January, the Trailblazers had limited access to rocketry equipment. They first had to prove their rocketry understanding through a 40-60 page paper, presentations to FNL and taking on leadership roles.

"This has been one of the best experiences I've had at CU Boulder," he said. "We didn't know how to do it, but we had to get it done, so I had to learn and figure it out. From an outside perspective, all of this looks so complicated, but when you really break it down, if you're willing to put in the time, almost anyone could do it."

Still, there were people who cautioned the team to not be too optimistic. 'You have to walk before you run' was a refrain from other rocketeers.

The Trailblazers found allies in graduate students and the Colorado State Space Consortium, which provided funding, and the CU Sounding Rocket Laboratory, which gave them workspace and the support of Kenny Olavarria (AeroEngr'23), a rocketry student mentor.

Nez, the team's graduate mentor, said she bonded with the team over their hours of working together.

"First Nations Launch has been a big community base for me,” Nez said. “Moving to Colorado, it was really nice to meet very like-minded people. We were all bonded not only through engineering, but through culture. All of us are Native American and all of us enjoy rocketry and aerospace."

In January, the massive eight-foot K-class motor rocket kit was delivered. The team began feverishly constructing the subsystems to lift it into the air. They nicknamed the rocket Big Chungus, after a meme of a portly redrawing of Bugs Bunny.

As team lead, Pagaran set up working groups. Rather than tackling each problem centrally, the team leads were trusted to do the best they could to find a solution, then come back to the team with suggestions.

"We were meeting twice a week or more for several hours constructing the rocket," Martinez said. As avionics team lead, she learned to control the rocket's electronics through code.

Martinez said that she, like Shortman, realized how capable she was through the project.

"You can go into something, not knowing anything, and it's still gonna be okay," she said. 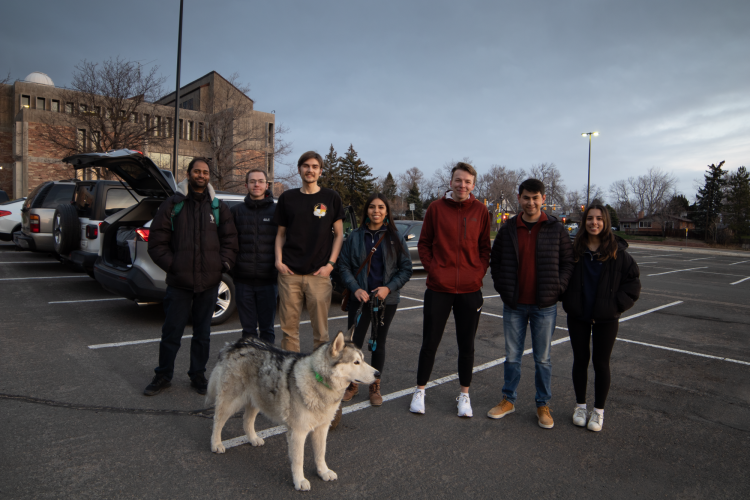 At 4 a.m. April 16, 2022, the team assembled in the Sounding Rocket Laboratory at CU Boulder. Pagaran had been running simulations most of the night. The hope was for a clear day.

To test an eight-foot rocket, you can't just light it in a park and see what happens. Instead the team needed to travel to the Southern Colorado Rocketeers flying site at Hudson Valley Ranch.

The electronics bay, gunpowder, tools, a dog and snacks were essential elements packed into the crew's cars as an orange sunrise crept across the deserted parking lot.

The team worked to assemble the rocket, piece by painstaking piece. Stickers of Bugs Bunny were added, gunpowder measured, the parachute delicately tucked into the cone, but a wire in the electronics bay had shifted. The bay no longer fit.

The wind was raising dust from the dirt parking lot, blowing small rockets off-course. Time was running out to launch Big Chungus.

Pagaran said at that moment, he saw the problem as impassable. Nine months of labor, countless hours spent, and for what?

But Martinez and Nez delicately lifted the wires. Shortman adjusted the the body. Pagaran hovered anxiously nearby. The silence of the sagebrush plains stretched out, and, in the middle of the desert, the team rewired the rocket's circuitry.

Left to right: Pagaran holds up rocket chassis to onlookers and other Trailblazers, Nez holds the electronics bay while Martinez rewires the avionics, Shortman adjusts the rocket body

"I was proven wrong by my team," Pagaran said. "They attacked the problem and came up with a solution easily and within our timeframe. That was amazing to me."

"I keep saying that baby steps are the way to go in this hobby, but apparently I'm being proved wrong regularly. The future looks real bright. These kids are real smart," said Joe Hinton, president of Northern Colorado Rocketry and part-time mentor for the team.

After the 3,000 foot success of their test launch, the Trailblazers and their rocket traveled across the country to Kenosha, Wisconsin for the First Nations Launch.

On April 23, 2022, Big Chungus made its second and final flight. The rocket exploded in the air. Despite their explosion, the team took home first prize for their paper, won the Patch design contest and came in second in the overall challenge. Their success was only some comfort, Pagaran said.

The Trailblazers have vowed to come back, bigger and better than ever.

"Last year we were in the FNL Moon challenge category. This year, we're trying to go up to Mars. Our goal is to keep this momentum going," Clarke said.

The Trailblazers currently need two more people to be able to launch in 2023. If you're interested in learning about high-powered rocketry, please reach out to Evie Clarke. 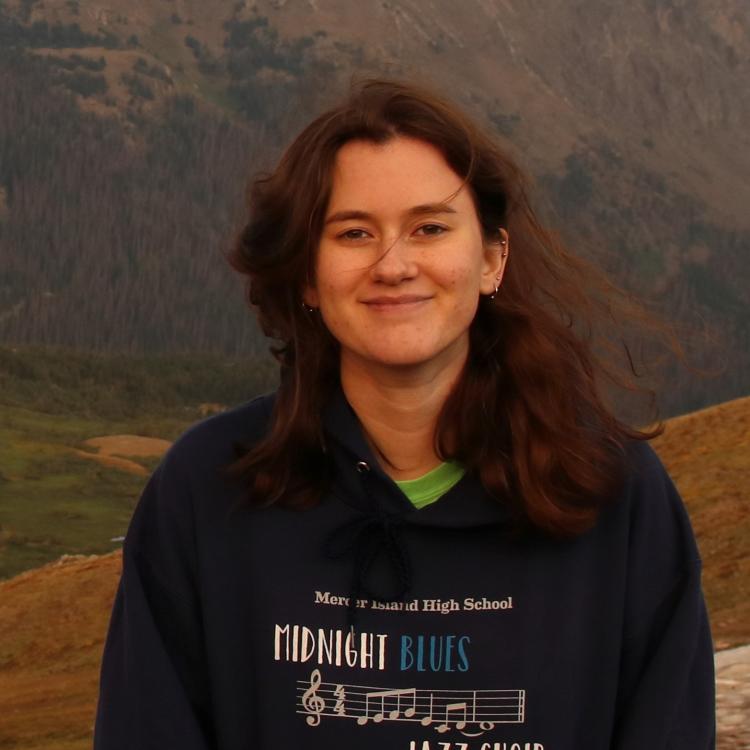 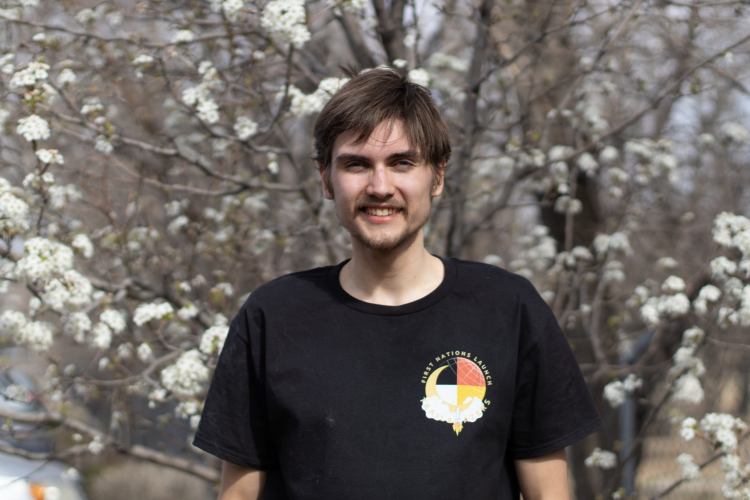 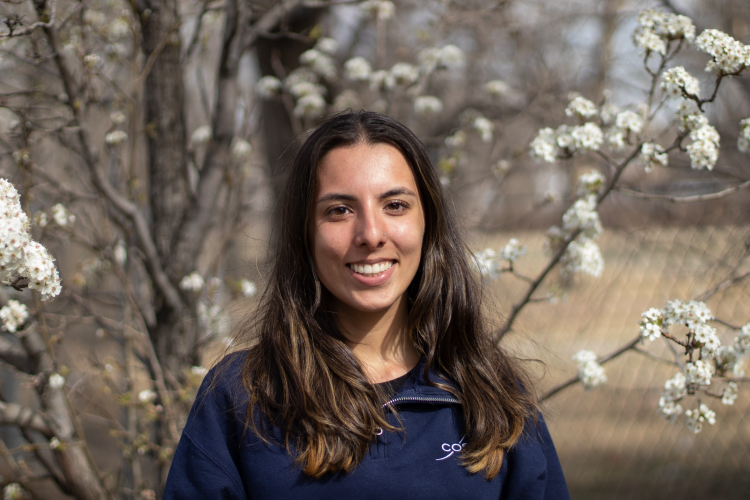 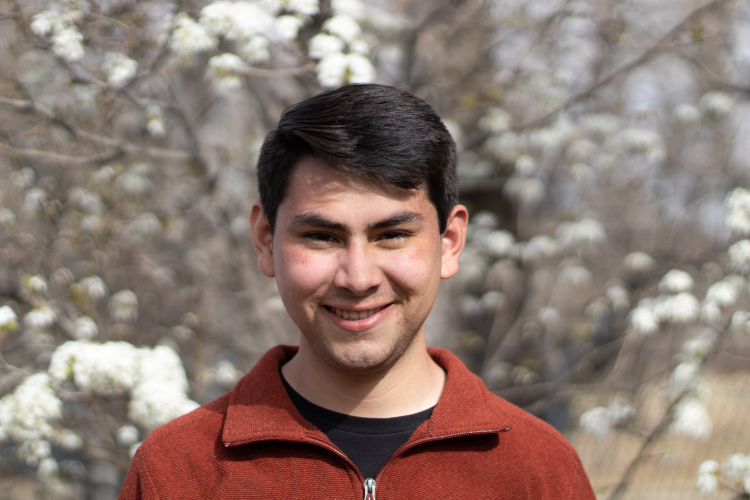 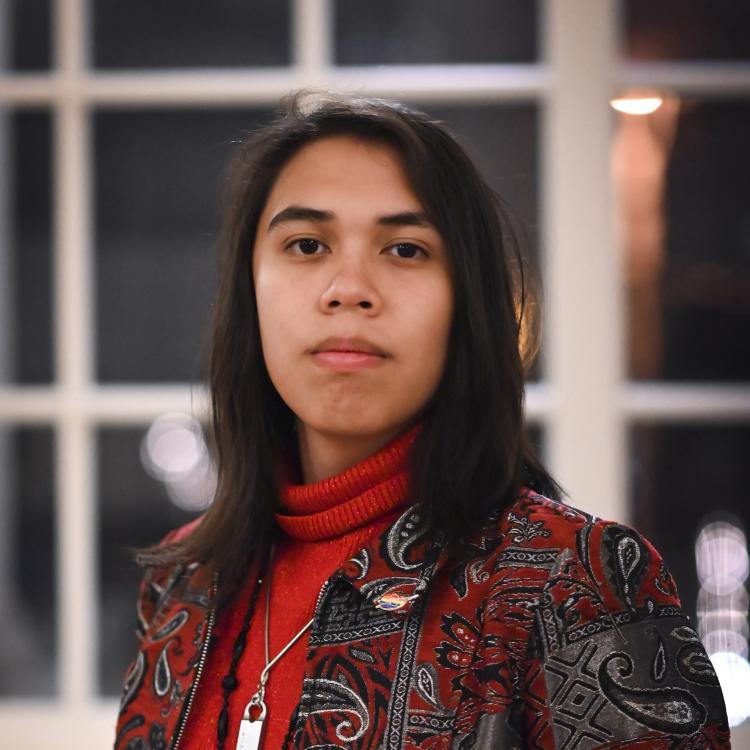 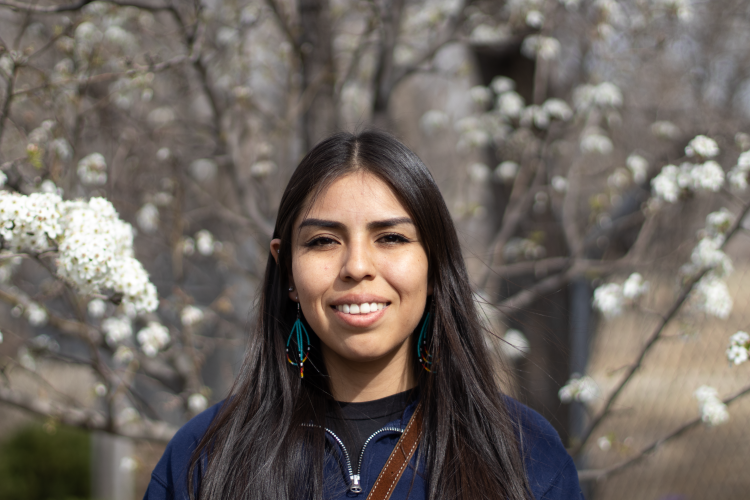