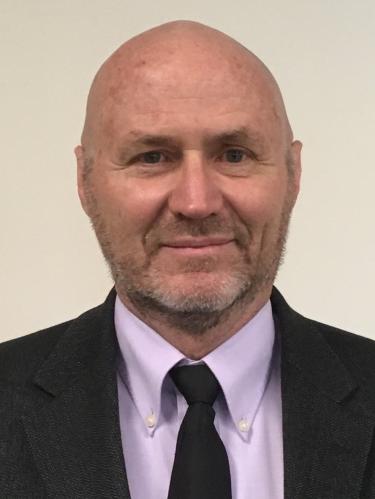 Keith Gremban is leading a unique military-oriented research project to enable secure use of 5G networks that may be controlled by an adversary.

Gremban, an aerospace research professor at the University of Colorado Boulder, has secured a $749,000 phase one grant from the National Science Foundation (NSF) for a project called GHOST: 5G Hidden Operations through Securing Traffic.

The goal of the work is to ensure American soldiers and infrastructure operators can use hostile 5G cellular networks in other countries without those countries being able to extract valuable operational information.

“When the military goes into a country, we use the roads and infrastructure that are already there to move our troops. We don’t build our own, so similarly we should also use the communications networks that already exist there,” Gremban said. “But there are security issues. We want to protect our soldiers and devices.”

The research will follow two tracks. The first will explore ways to disguise our communications by generating continuous background noise on cellular networks. The second is to generate intentional false flag communications to confuse enemies. It is an effort with clear historical parallels.

“In WWII when we were preparing for D-Day, the allies had a whole successful mis-information campaign to make the Nazis think we’d be invading at Pas de Calais instead of Normandy,” Gremban said. “We want to do modeling here for how we can generate fake activity just like they did in WWII using modern communications networks.”

The structure of the grant means the research will proceed quickly. The project is part of the NSF Convergence Accelerator’s Securely Operating Through 5G Infrastructure program, where 16 phase one awardees, including CU Boulder, have proposed various 5G communications projects will have just nine months to turn their initial application into a prototype.

“It is essentially treating NSF as a venture capital firm,” Gremban said. “They pair us with coaches who have business and tech transition experience and at the end of the nine months, we have to make a big idea pitch to go for phase two, which is for $5 million over two years.”

To boost the odds of success, Gremban has assembled a team of multidisciplinary researchers from private industry and the university, including Tamara Lehman – an assistant professor of electrical engineering whose research focuses on computer security from the hardware perspective.

“This work is important for our country,” Lehman said. “Our success will enable use of potentially malicious 5G networks without having to worry about the privacy and security of sensitive information.”

Lehman said she is particularly excited at the laboratory experiments the team plans to conduct with partner Federated Wireless, which builds and manages 5G networks and will allow them to test prototypes using real-world cellular equipment.

“I don’t normally get to see my ideas in action, but here we’re going to be investigating multiple trusted execution environments to perform these custom networking functions for obfuscation of network traffic. It’s exciting,” Lehman said.

Gremban believes the research has real promise, and even if they are not successful in receiving round two funding other agencies may be interested in advancing the work further.

“We’ve got a strong team, and this is a very compelling concept,” Gremban said. “There is a whole category of intelligence called traffic analysis that is about communications technology. We’re doing important work.”

In addition to Gremban and Lehman, partners on the grant at CU Boulder include professors Alexandra Siegel of political science, Eric Keller of electrical and computer engineering, and James Curry in applied math, as well as computer science research associate Stefan Tschimben. Sal D’Itri, vice president of public sector at Federated Wireless and James Neel, senior technologist at Federated Wireless are also involved from the industry side.