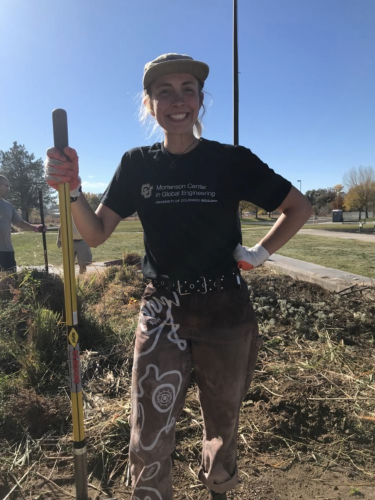 Scooping dirt from the garden bed, Britta Bergstrom takes a handful of carrot seeds, gently places them in the dip and firms the warm earth back over top as a group of students look on with a gleam of wonder in their eyes.

Bergstrom, a graduate student in the Mortenson Center in Global Engineering Certificate Program at the University of Colorado Boulder, radiates joy as her work at the intersection of engineering and grass-roots community engagement comes to fruition.

“There's definitely a need for healthier foods and also culturally relevant herbs, fruits and vegetables if we can grow them in Colorado, and so this solution hit both of those,” says Bergstrom.

With the onset of the COVID-19 pandemic and the uncertainty of international travel, Bergstrom pivoted her field-based practicum, an integral piece of earning a Certificate in Global Engineering, from Tanzania to an internship with the International Association for Refugees (IAFR) and a community engaged project closer to home.

“It ended up being really a blessing in disguise because I did get to get plugged in locally and do my practicum in my home state,” says Bergstrom.

The Mortenson Center’s Global Engineering program and her internship with IAFR allowed Bergstrom to research and identify a desire by Fort Morgan’s diverse migrant communities to grow their own organic produce, as well as a desire for inter-cultural community building.

“Global engineering allows for us as human beings to leverage those inter-continental networks and knowledge networks to find solutions for humanity in general,” says Bergstrom. 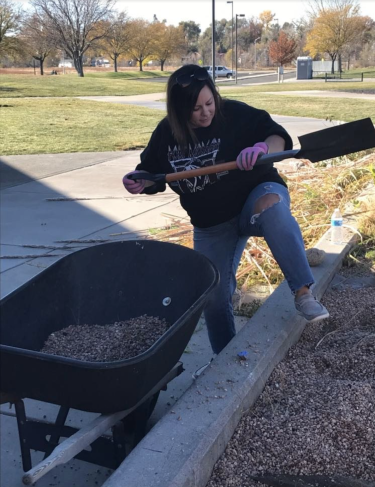 A key partner for the community garden taking root just 95 miles east from Boulder was the University’s Office for Outreach and Engagement (OOE).

Bergstrom received one of 16 Community Impact Grants that OOE awarded in 2021-22, which helped foster the link between her research within the Mortenson Center and making an impact at the community-level.

“This is core to our mission, and it has shaped the evolution of our institution throughout its entire history,” says David Meens, director of the Office for Outreach and Engagement.

Though built into the university’s founding charter in 1876, the formation of OOE at the turn of the century and creation of the CU Boulder Outreach Awards catalyzed the commitment to building mutually beneficial relationships between scholars and community.

“We encourage folks to think about what is the authentic version of this public scholarship that is advancing the academic mission of the university through engagement with communities in ways that lead to mutual benefit and serve their needs,” says Meens.

Over the last 22 years, the CU Boulder Outreach Awards have provided over $6.7 million to 863 projects that have directly benefited more than 5.5 million people in Colorado.

The Community Impact Grant not only greenlit the garden but also laid the groundwork for Renae Aguirre, a third grade teacher at Pioneer Elementary, to start a garden club.

A Fort Morgan native and teacher of seven years at Pioneer, Aguirre lights up when asked about cultivating student participation in the garden.

“I had one little boy tell me that the reason he joined the garden club was because his parents don’t know how to do it. So he wants to learn, so he can do it at home, and he’s only in first grade,” she says.

Root vegetables and leafy greens will ground the garden, and Aguirre will plant tomatoes and cucumbers after the last frost later in May. With 90 students of Pioneer’s 330 already signed up for the club, the garden will be well-tended.

And for Bergstrom, it’s just the beginning of a career at the intersection of engineering and community outreach.

“When I think about making an impact as an engineer, there’s a lot of power and real changes in these types of grassroots, community efforts,” she says. 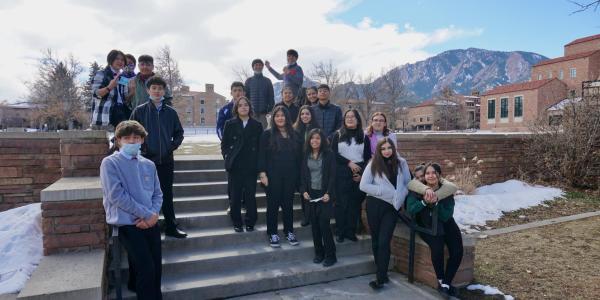 The Committee for Equity in Mechanical Engineering invited freshmen from Arrupe Jesuit High School to campus, where they built robots and toured the Integrated Teaching and Learning Laboratory. END_OF_DOCUMENT_TOKEN_TO_BE_REPLACED 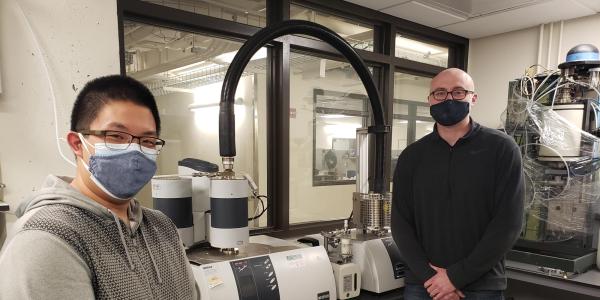 Hydrogen has long been seen as a possible renewable fuel source, held out of reach for full-scale adoption by production costs and inefficiencies. Researchers in the Weimer Group are working to address this by using solar thermal processing to drive high-temperature chemical reactions that produce hydrogen and carbon monoxide, which can be used to synthesize liquid hydrocarbon fuels. END_OF_DOCUMENT_TOKEN_TO_BE_REPLACED