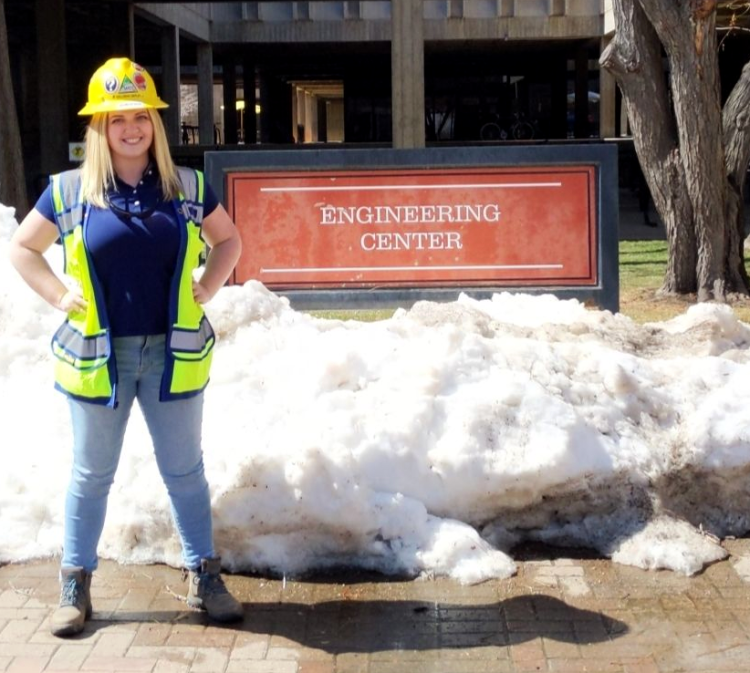 Kellisha Ostler is building toward a promising career through bridges, internships and the support of Kiewit, one of North America’s largest construction and engineering businesses. A junior in civil engineering at Colorado Mesa University, she’s earning a CU Boulder engineering degree through the CU/CMU partnership.

This year, Kellisha participated in the Student Steel Bridge Competition. Hosted by the American Institute of Steel Construction, the competition engages students from universities across the country to compete in designing and constructing a steel truss bridge. Scoring is based on aesthetics, timed construction, the weight of the bridge, its ability to support 2500 lbs, and team work during the build.

The team began their design in February 2021. The fabrication phase took two and half weeks and executing the build took a total of two months. The COVID-19 pandemic added a new twist to the competition as students were unable to travel. Typically, the competition is hosted by a different university each year, and students in the Rocky Mountain region would have been traveling to Brigham Young University.

Instead, AISC offered a Compete from Campus option. This meant appointing local judges of either professors, local engineers, steel fabricators, or others familiar with the competition rules. The team also had to find a large enough space to build the bridge and secure all of the building materials. Different stages of the competition were filmed and photographed to be submitted along with the judges’ rankings to AISC.

In CMU’s first year competing, the team placed first in aesthetics in their region and third overall in the region. Ostler already has plans for improvements for next year based on what they learned.

Ostler also has three internships under her belt, and a fourth one happening this summer. She interned for Kiewit the summer before her junior year on the Connect 4 project, which is connecting four major highways outside of Dallas, Texas. As a grading engineering intern she worked with the foreman on lime maps and lime layouts. She also played a role in surveying pavement extents and got to see the bridge demo. During this internship she got to work with construction equipment including a steel drum roller, a 7-40 loader, and a blade. Ostler will be returning to Kiewit this summer as an Estimating Intern, working on an escape truck ramp in Vail, CO.

Following her internship with Kiewit, Ostler heard about the Kiewit Scholars Program. She was already familiar with the company and knew she would make a good fit for the scholarship program.

The Kiewit Design Build Program provides annual scholarships for 40 students. Honorees are mentored by Kiewit employees, have opportunities for internships, and can participate in service-learning experiences. As part of the experience this year, the scholars visited the I-70 central site for a tour. The Central 70 Project is working on reconstructing a 10-mile stretch of highway between Brighton Boulevard and Chambers Road which Kiewit is the contractor for. 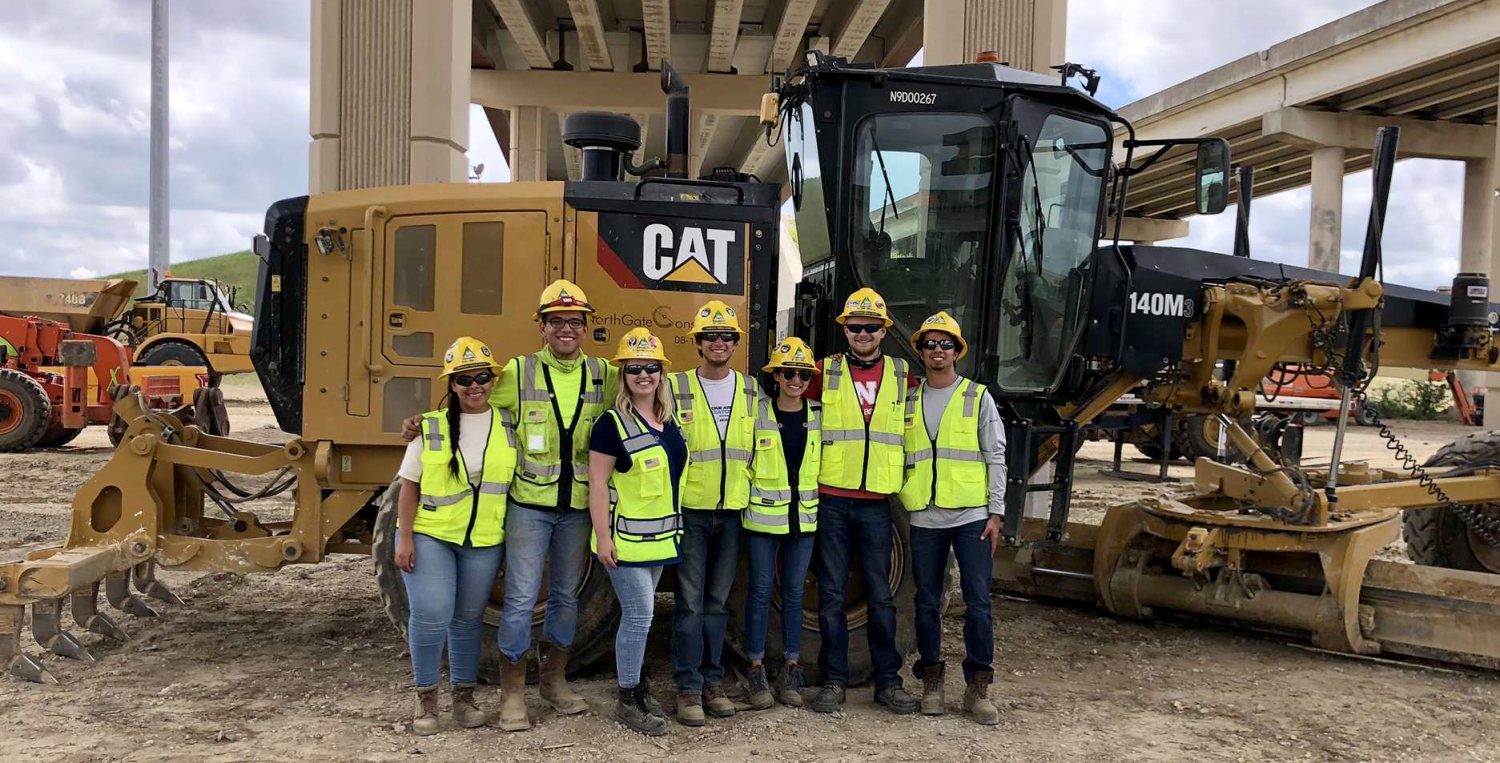 Kellisha Ostler, third from left, and team at the I-70 central visit site.

“I see a lot of value in visiting the construction sites,” Ostler said. “As an engineer I have heard from multiple different people that if you don’t understand what is happening in the field and you’re the person sitting in an office designing something on paper it might not actually work. I look forward to more on site visits with Kiewit next year.”

The future engineer has other industry experience as well. She worked with the city of Fruita on designing a half a mile stretch of road for kids to walk to school on as opposed to walking on dirt. With the city of Grand Junction, she and her team pioneered an on-street handicap-accessible parking space for which there are no guidelines from The Americans with Disabilities Act or the state of Colorado. Making improvement within a community is central to Ostler’s mission and something she plans on continuing when she graduates.

“I’ve always loved the problem-solving and creativity side of engineering. Engineering is inherent in everything we do,” Ostler said. “What I love the most is that what I do with these projects when they come to fruition is they benefit the community. It is satisfying to know that what you do makes a difference.”

Ostler is interested in pursuing a job with Kiewit after she graduates in the spring 2022. She sees herself working as a project engineer in the transportation industry and on solutions to problems that probably don’t exist yet. Whatever she does, Ostler will be solving real world problems in new ways.