The World Bank estimates that nearly a billion people across the globe lack access to an all-season road within two kilometers of their home – potentially limiting their access to health care, schools and markets. It’s a problem the Mortenson Center in Global Engineering is working to better quantify and solve with Bridges to Prosperity and other collaborators.

A team from the center recently published results from a pilot impact evaluation of trail bridges in rural Rwanda in PLOS ONE. They installed sensors to monitor use at 12 bridge sites constructed by Denver-based nonprofit Bridges to Prosperity.

The team developed, implemented and validated a novel method using low-cost, readily available motion-activated digital cameras in combination with open-source computer vision algorithms for measuring the use of bridges, said Mortenson Center Director Evan Thomas. He added that  the center was fortunate to partner with some amazing collaborators on the project, including Yale University, Arizona State University and Synaptiq LLC, with funding from the Autodesk Foundation. The field work was led by recent CU Engineering bachelor’s and master’s graduate Sally Gerster.

“Bridges to Prosperity’s standard monitoring methods typically rely on manual, in-person data collection. That is time-consuming, produces temporally limited data and is labor intensive,” said Thomas, who also serves as an associate professor in the Department of Civil, Environmental and Architectural Engineering. “In order to identify and track trends and the magnitude of bridge use, a continuous and automated method was needed. That is what we are showing in this pilot.”

Bridges to Prosperity builds bridges to connect rural communities facing isolation. To date, the nonprofit has built more than 350 trail bridges in 21 countries, including 75 in Rwanda. Their president and CEO, Avery Bang, and Chief Operating Officer Christina Barstow both graduated from the College of Engineering and Applied Science and have received the college’s Recent Alumni Award. Bang and Barstow were also heavily involved with the center during their time at CU Boulder.

Thomas said the paper describes the methods used in the pilot study in detail.

“They include in-person observational counting, motion-activated counters, and pressure pads with digital cameras and imagery analysis,” said Thomas. “Up until now, these have been almost only deployed in high-income urban settings and often use technologies that would be cost-prohibitive or infeasible in a rural, low-income setting. So this study signals a shift in methods and opens the door to more low-cost monitoring.”

Mortenson Center Managing Director Laura MacDonald said the research will continue, as Bridges to Prosperity has signed a memorandum of understanding with the Rwandan government  to construct several hundred more trail bridges over the next five years. The agreement provides an unprecedented opportunity to study the correlation between bridge use and a number of key economic, health, agricultural and educational outcomes in rural communities.

The Mortenson Center will lead that $3.5 million countrywide impact evaluation, informed by this study and with funding from several sources including the U.S. Agency for International Development and research leveraged through the NASA and USAID SERVIR Applied Sciences Team.

“This work is unprecedented in its scale and potential impact,” MacDonald said. “It ties together our center’s strengths in impact evaluation and sensor deployment to generate evidence that informs development tools, policy and practice.” 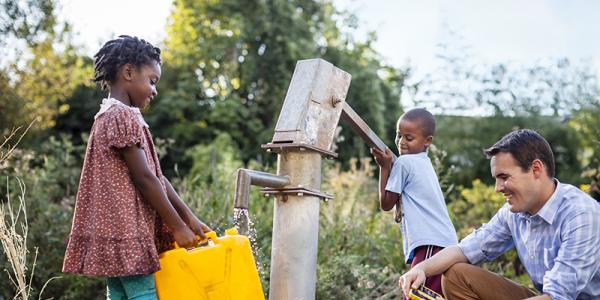 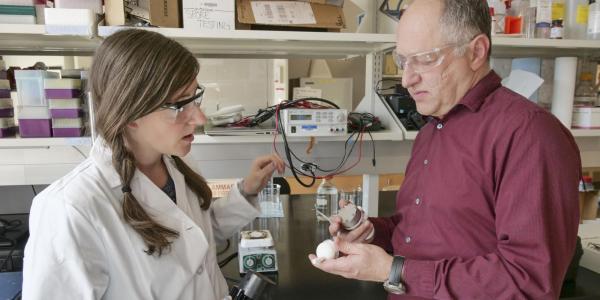 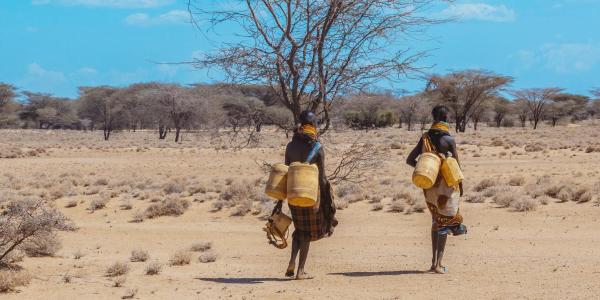