Outstanding Undergraduate winner ‘a force to be reckoned with’ 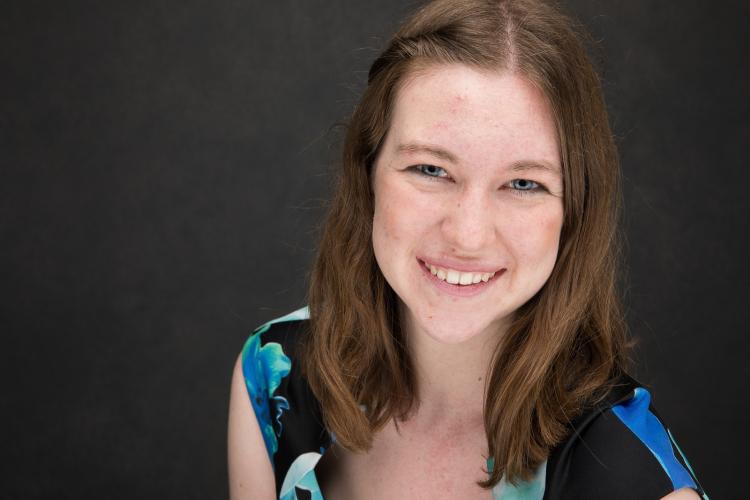 The definition of hard work and effort. A team player. Gave 100% to every moment of the class.

That’s how Zayna Pieper’s classmates in her sophomore engineering projects class described her. And she maintained that reputation for the remainder of her undergraduate career, earning her an Outstanding Undergraduate Award from the College of Engineering and Applied Science.

Pieper graduates this month with a degree in Engineering Plus with an emphasis in mechanical engineering. She plans to move to Los Angeles, where she has taken a job as a consultant for Oracle.

Both of Pieper’s parents are CU alumni and spoke very highly of their time here. But it wasn’t until she visited campus and met with a student that she fell in love with everything CU Boulder had to offer.

The student Pieper met with was part of the Engineering Honors Program, as well as being involved with Engineers Without Borders – two programs that would play a huge role in Pieper’s CU Boulder experience.

Pieper lived on campus all four years in Andrews Hall, the EHP residence hall. She served as a mentor for other students and as a teaching assistant for the program's Critical Encounters philosophy course.

“Being on campus was a really wonderful experience,” Pieper said.

With Engineers Without Borders, Pieper worked with teams in Guatemala, Puerto Rico, Nepal and Rwanda. As the team project manager, Pieper was able to travel to Rwanda, where she says she created “long-lasting relationships.”

EWB also allowed Pieper to bond with her fellow students. She said she valued the interesting conversations they often had, and she loved meeting others who wanted to use their experience in engineering to make a positive impact on the world.

Malinda Zarske, a senior instructor in the Engineering Plus program, was one of the faculty members who nominated Pieper for the college award.

“Zayna distinguishes herself as a confident, responsible and personable woman who is passionate about her service to her communities and learning the skills to be successful in engineering,” Zarske said. “She demonstrates impressive amounts of resourcefulness and patience to help her fellow students navigate their projects and coursework, exemplifying a team-oriented classmate who goes out of her way to help others understand the material because she wants them to succeed as well.”

This spring, Pieper was part of a team that competed in the finals of the New Venture Challenge. The resulting company is called Frenz, and Pieper serves as its CEO.

The Frenz team created a tool called CheckPls, which is designed to help keep college students safe. It is designed to look like a Pop Socket and adheres to the back of a user’s cell phone. The device holds a test strip that will check for six common date-rape drugs when touched to a drop of a user’s drink.

Pieper said she valued her experience at the New Venture Challenge, where she had the opportunity to make connections and learn about customer engagement. She hopes to continue to build the business after graduation.

“Zayna has the perfect combination of grit and talent. She can overcome obstacles of all sizes and forms by combining her technical know-how and perseverance,” he said. “I’ve seen her work spanning coursework, extra-curriculars, entrepreneurial ventures, and volunteer positions. In all cases, Zayna is a force to be reckoned with. We are all proud of her accomplishments and the many more to come.”