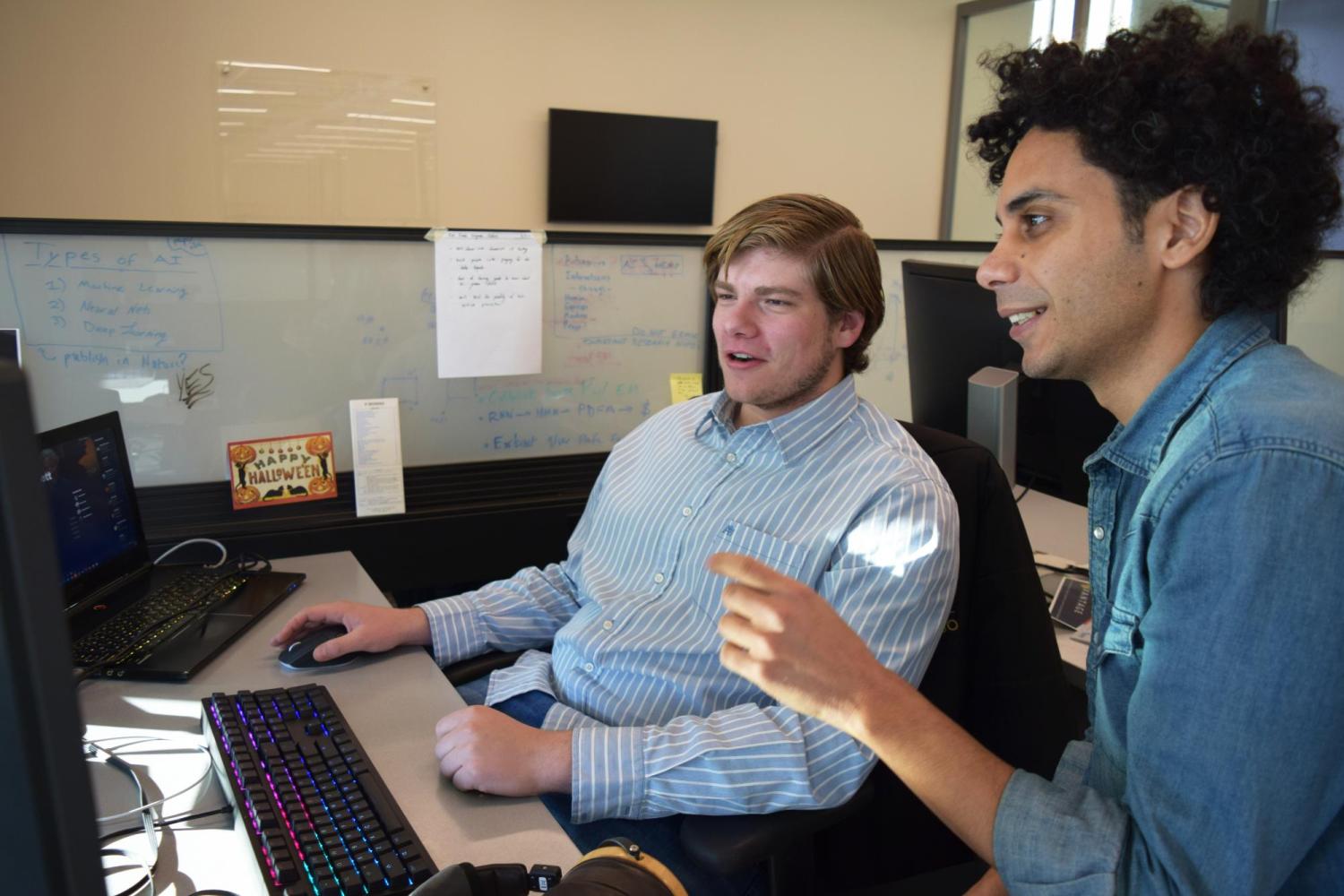 Lahijanian in the lab with a student.

After decades of work to make robots more and more capable of helping humans, robotic systems have become ever-present in our daily lives, helping with tasks big and small.

But it’s what the next decade of research may hold that inspires and motivates Assistant Professor Morteza Lahijanian.

“To have long-term autonomy, we need to understand how humans and robots interact better,” said Lahijanian, who is an assistant professor in the Ann and H.J. Smead Department of Aerospace Engineering Sciences. “Understanding what happens when we deploy these systems into our society–that is the important work to come.”

Lahijanian joined Smead Aerospace in 2018 after time as a research scientist in the University of Oxford’s Computer Science Department. Before that, he served as a postdoctoral researcher at Rice University following completion of his PhD in mechanical engineering from Boston University. His research focuses on safety and soundness–with an emphasis on safe autonomy–through correct-by-construction algorithmic approaches.

In correct-by-construction design, engineers create models before creating code. The resulting product is then used to understand and create solutions to problems like the safe operation of autonomous vehicles, with verification being implicitly embedded in the design process – ensuring the correct behavior happens at the correct time for a specific situation. Testing is still performed, but its role is only to validate the model.

Lahijanian said his work is focused mainly on algorithmic design, helping robots and humans achieve a goal either through an effective collaboration or a solo performance of the robot despite model uncertainty.

“That means trying to figure out what robots should do when following instructions from humans,” he said. “What does the robot need to understand from the human to get the task done correctly? How does the robot react if the human makes a mistake?”

Since coming to CU Boulder, Lahijanian has joined several projects and made connections through the Autonomous Systems Interdisciplinary Research Theme. One of those projects centers on enabling long-term marine robotic autonomy. He said the project focuses on learning specifications for autonomous navigation and interaction for submarines. Specifically: learning what a human operator wants an autonomous submarine to do. 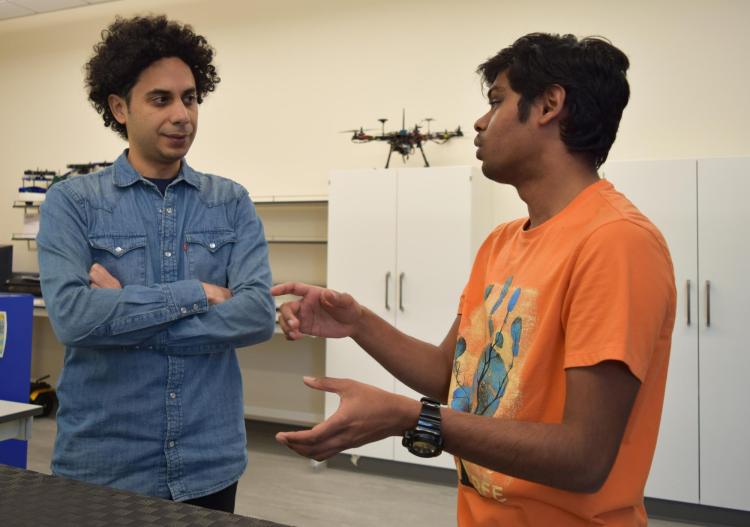 Lahijanian working through a problem with a student in the new aerospace engineering sciences facility.

He selected that topic because the underwater environment brings a unique set of challenges that haven’t been solved yet.

“It’s hard to send data, and there are problems using sensors underwater, resulting in a highly uncertain environment,” he said. “We developed a scenario where a human is exploring. The mission can be very complex–maybe studying a school of fish. The robot could learn from the human’s actions doing this and eventually take over some of the low-level tasks like avoiding the seabed or not getting too close to the fish. Slowly improving at that over time and eventually taking over would free the human up for other tasks.”

Lahijanian said the IRT was instrumental in coming up with a good idea and providing funding to pursue it in the early stages.

“I am housed in aerospace, but I don’t feel disconnected from my colleagues and collaborators. Through the IRT I was encouraged to talk with other faculty, and that resulted in an interesting problem working with people from all different backgrounds,” he said. “I knew I didn’t have knowledge of all fields I wanted to get to, and the IRT has been great for connecting me to the people who do.”