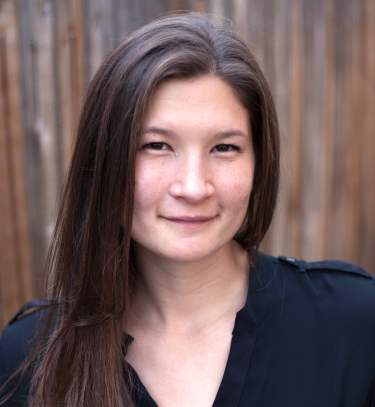 Christina Barstow is the chief operating officer for Bridges to Prosperity, a non-governmental organization providing access to remote communities through the construction of pedestrian footbridges. In this capacity, Barstow is working across programs in East Africa and Latin America, most prominently, overseeing the installation of a planned 355 pedestrian footbridges, a more than $25 million program reaching potentially millions of people with improved access to basic services. This program will be the first of its kind in the world, and will connect more than 1.1 million Rwandese to healthcare, educational opportunities and jobs, all by 2024.

Shortly after earning her PhD in 2016, Barstow won the prestigious American Association for the Advancement of Science (AAAS) fellowship. She moved to Washington, D.C., where she worked for two years as a water evaluation and behavior change advisor at the Millennium Challenge Corporation. In that role, she helped guide U.S. policy on improving the quality of global development programs, in particular in Sierra Leone and Indonesia.

In 2012, she became the program manager for DelAgua Health in Rwanda, where, over a four-year period, she managed thousands of community health workers working in 7,500 villages across the country while simultaneously working toward her PhD. This program reached nearly 2 million people, and reduced diarrhea by 30% and respiratory disease by 25% among children under five, saving 90 lives every year. Christina directly designed and managed the household training and community engagement that was fundamental to the success of this program, and the model she developed is now being adopted and scaled, in part, by the Gates Foundation and the National Institutes of Health in other cookstove and water treatment interventions in east Africa.

While at CU Boulder, Barstow successfully integrated her passion for international development into her academic career, developing leadership and technical skills while excelling in her coursework. While still an undergraduate, she was president of the CU Boulder chapter of Engineers Without Borders. Barstow remains engaged with CU Boulder as an alumna, through mentorship of several CU students, employment of CU alumni, participation in events including the CU WASH Symposium, and research partnerships with the Mortenson Center in Global Engineering. She also facilitated a funded research agreement for CU Boulder to directly measure the economic and health impacts of Bridges to Prosperity footbridges.