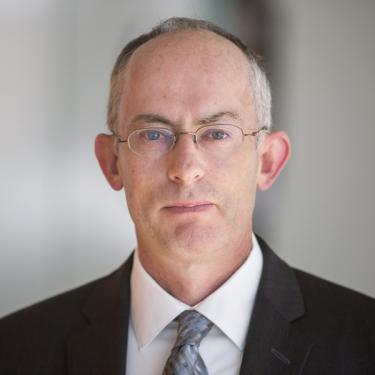 Welcome to the world of hypersonics, where the minimum speed is it least 3,836 mph, or five times the speed of sound.

Boyd's work focuses on the physics problems of hypersonic flight. Vehicles that would travel at such high speeds build up incredible amounts of heat due to friction with the surrounding air. Temperatures on their exterior surfaces can reach 1,000 degrees Celsius (1,800 degrees Fahrenheit) or higher.

“The biggest challenge in hypersonics is making sure the vehicles don't burn themselves up,” said Boyd, who joined the Ann and H.J. Smead Department of Aerospace Engineering Sciences as a professor this year.

It is an active area of research around the world, although it will likely be a very long time before you book a flight on a future commercial jetliner that reaches such speeds. The focus in hypersonics is in national defense.

Both Russia and China are investing in hypersonics and claim to have held successful test flights.

“Other countries have made a big splash in saying they've made progress on hypersonic weapons,” Boyd said. “They're very difficult to defend against, so the U.S. is engaged in developing counter measures to other people’s systems as well as designing systems of our own.”

Boyd comes to CU Boulder after two decades at the University of Michigan. He is excited to take advantage of Colorado’s strong aerospace connections in academia, government and private industry.

“We work with government agencies – like NASA and the Air Force ­– companies, and other universities who are experimenting with materials. The ultimate goal is to design what the materials should be for a particular hypersonic vehicle,” Boyd said.

He said he is working to build collaborations with other faculty within Smead Aerospace and elsewhere on campus who are conducting hypersonics-related research in materials and controls.

In addition to being a professor, Boyd has also been named National Security Faculty Director for the CU Boulder Research and Innovation Office. In this capacity, he will be building new research partnerships between campus and the defense community.

While CU Boulder has long-standing relationships with NASA, as well as aerospace business leaders like Lockheed Martin and Ball Aerospace, much of that is on the civilian, space exploration side of the industry. As national security director, Boyd will be working to expand the university's connections with aerospace defense.

Aerospace is not the only area that could see growth. Boyd said quantum technology and atmospheric modeling – both areas of active research on campus – also have national security applications.

“There are all kinds of things being worked on here that also affect national security,” Boyd said. “We want to build on those connections, and bring people together to organize larger collaborations in national defense and intelligence.”