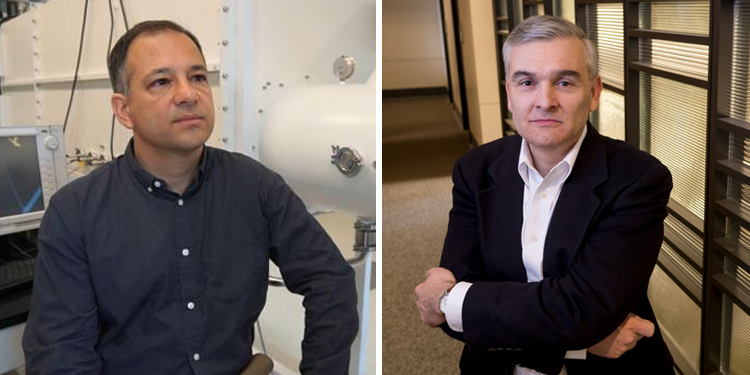 Faculty at the University of Colorado Boulder are beginning interdisciplinary research that could one day bring lossless power transmission lines, quantum computing and levitating trains closer to reality in everyday life.

Those advancements can be achieved through superconductivity which is currently only possible through extremely cold temperatures and high pressures. Those aspects currently limit potential applications due to cost and logistics, but researchers here are working to develop organic, solid state materials that exhibit superconductivity at conditions closer to room temperature and standard pressure. If they are successful, their work could transform many areas of modern society.

Superconductivity is the phenomenon where electrical resistance in a material drops to zero at a certain temperature – usually quite cold. For typical metals that can mean 30 Kelvin or minus 405 degrees Fahrenheit. When that happens, the material conducts electricity without loss over an arbitrary distance. There is no loss from heat when moving power through transmission lines for example. Additionally, power can be sent through smaller wires which can be helpful for infrastructure constraints among other benefits.

Another target application for the work is superconducting quantum computers, in which superconducting devices are used to form cubits that make use of quantum entanglement. This phenomenon vastly magnifies their ability to carry out computations relative to classical bits. However, the need for ultralow temperatures and high pressures is still an obstacle and organic materials could provide an easier pathway to practical devices.

It also could improve Magnetic Resonance Imaging in healthcare, which currently requires a great deal of power.

The material’s magnetic state is also changed through superconductivity in what is known as the Meissner effect. In this process, superconductors expel the magnetic field, repelling magnets and leading to levitation. This could be used for rapid travel by train thanks to frictionless motion.

The grant builds off work previously done at the university in a seed project funded by the Soft Materials Research Center directed by Professor Noel Clark. That research verified the formation of Cooper pairs at 120 Kelvin in prototype materials – 40 percent of the way to room temperature.

Musgrave said work in the grant would focus on using computational science to predict, discover and design materials that could be high-performance organic superconductors. That means using genetic algorithms to create and closely examine potential materials.

“The resulting data could then be used to train machine learned models to rapidly screen and find promising candidates for experimentation,” he said.

Shaheen is the interim-director of the Multi-Functional Materials Interdiciplinary Research Theme at the college. He said he is equally enthusiastic to work on this project. He originally worked on organic superconductors in the early 1990’s, before organic electronic devices were as commonplace. Today, for instance, they can be found in cell phone displays in the form of organic light emitting diodes. Researchers’ understanding of organic conductors has advanced enormously since then, as have the precision of necessary experimental and theoretical techniques.

He said he is optimistic that the team’s new efforts will yield exciting progress.

The W. M. Keck Foundation was founded with the goal of generating far-reaching benefits for humanity. It encourages projects in science, engineering and medical research that are high-risk with the potential for transformative impact.