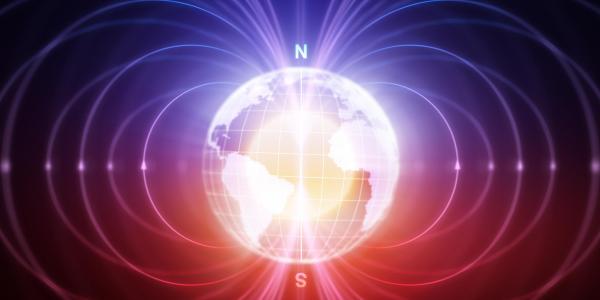 Magnetometers are sensors used to measure magnetic fields from various locations across the globe.

The Earth’s magnetic field is constantly changing, so researchers need constantly updated data to revise the models that guide our navigation systems and help predict weather on Earth.

CU researchers Bob Marshall and Svenja Knappe are collaborating to bring down the cost of this process through the use of small satellites called CubeSats and tiny sensors previously used to collect measurements of the brain.

Magnetometers are sensors used to measure magnetic fields from various locations across the globe.

“There is an extensive array of ground-based magnetometers, but that’s not enough,” said Marshall, an assistant professor in the Smead Department of Aerospace Engineering Sciences. “There are huge gaps in global coverage based on where those magnetometers are located. You don’t have the full coverage you need for a global model. That’s where spacecraft come in.”

Marshall is designing a satellite that fits in a CubeSat, a standardized satellite form about the size of a loaf of bread. These CubeSats cost much less to launch than large spacecraft and remain viable for longer due to less atmospheric drag.

“In this project we’re designing a proof-of-concept satellite and mission,” Marshall said. “This is more to prove that CubeSats can fill this role, after which we hopefully get more funding so it can be improved and made operational.”

While Marshall focuses on the design of the satellite, Knappe is working on the magnetometer side of the project. An associate professor in mechanical engineering, she normally measures the magnetic field of the brain in pediatric patients with epilepsy. With that, her sensors need a makeover for this project.

“Brain fields are very small,” said Knappe, a member of the Quantum Integrated Sensors System IRT. “The sensors we use really push the limits of sensitivity. For space, we don’t need that good a sensor, but the reading needs to be accurate.”

Her sensors are compact and less expensive than other sensors. The biggest challenge is getting the sensor into space in a condition where it can still take measurements. The vibration of takeoff is the first obstacle to overcome.

“This is all flimsy when it comes to sending it into space and shaking it around,” said Knappe. “It’s meant for brain scans, and it’s made for brain scans.” 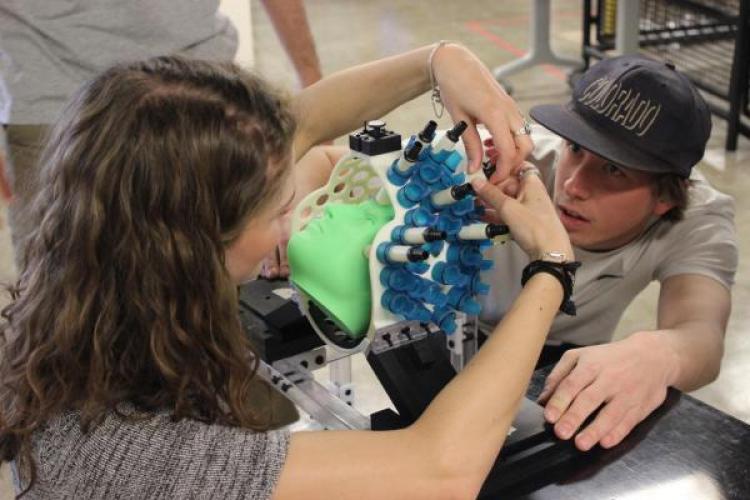 Students in Knappe's lab working on the brain sensor.

Additional variables to account for include radiation and variation in temperature depending on location of the satellite with regard to the sun. They also need to make sure the CubeSat itself does not create so much magnetic noise as to disrupt the sensor readings.

“Can we replace these measurements with a CubeSat, or constellation of CubeSats, that would each cost a million dollars or less?” Marshall said. “That is the goal of this project.”

All of this is funded by CU’s Grand Challenge to continue to push the boundaries of science in space.