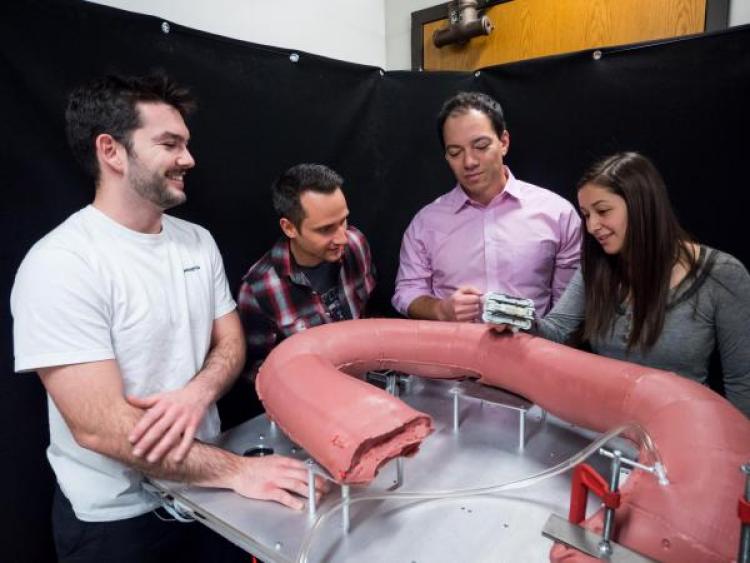 As a BS/MS student in mechanical engineering, Levi Pearson spent his time at CU Boulder working to create synthetic skin that could mimic the organic movement of the colon.

Such research may one day allow scientists to expedite the design process for medical robots by simulating an environment similar to the digestive tract in which robots could be tested quickly and cost-effectively.

As he prepares to graduate, Pearson said his research has given him a strong base in control theory, has shown him how to uncover what he doesn’t know to find a solution, how to better communicate and how to have confidence in himself.

It also earned him the distinction of being named the December 2018 Outstanding Graduate for Research.

“My advice to younger students interested in research is to be persistent in learning about the research professors do,” Pearson said.

As someone who was always drawn to the hands-on aspects of engineering, Pearson said the research he completed while at CU was particularly rewarding.

Pearson began his research journey as an undergraduate working to build synthetic soft-skin robots at the Advanced Medical Technologies Laboratory run by Associate Professor Mark Rentschler. His senior year, he also completed a Discovery Learning Apprenticeship, which served as a great introduction to what can be done with a combination of electronics and mechanical engineering knowledge. 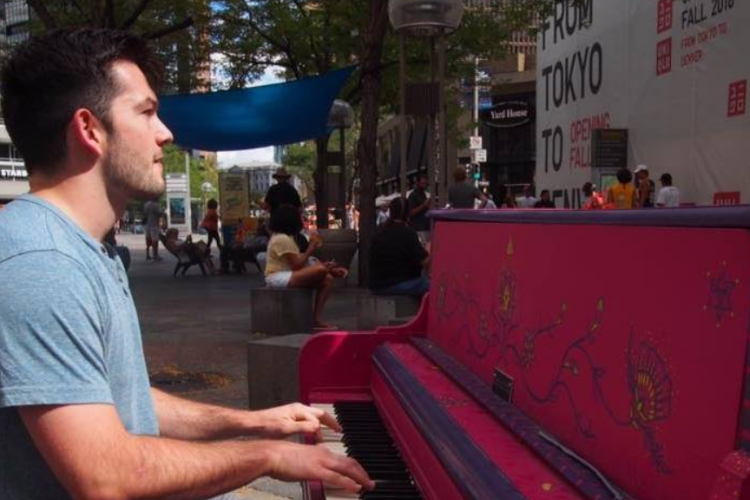 This led to him to complete his thesis research with the Keplinger Research Group led by Assistant Professor Christoph Keplinger, “the soft robotics expert,” Professor Sean Humbert, “the controls expert,” and Rentschler, “the one who puts it all together.”

“Levi has shown an outstanding capability to work in the highly interdisciplinary field of soft robotics, which requires strong communication skills and an open mind to learn something entirely new,” Keplinger said.

As Pearson prepares to receive the award during graduation ceremonies on Dec. 20, he said he was grateful to Keplinger, Rentschler, Humbert and the ATML lab along with colleagues and mentors Cosima Shunck and Eric Acome.

He looks forward to a career with Nutronics and being able to afford a nicer piano following graduation.