Aerospace junior Carson Brumley has been selected as a 2018 Brooke Owens Fellow and electrical and computer engineering senior Alex. St. Clair has been named a 2018 Matthew Isakowitz Fellow. Both students are passionate about space and the promise it has for the future. 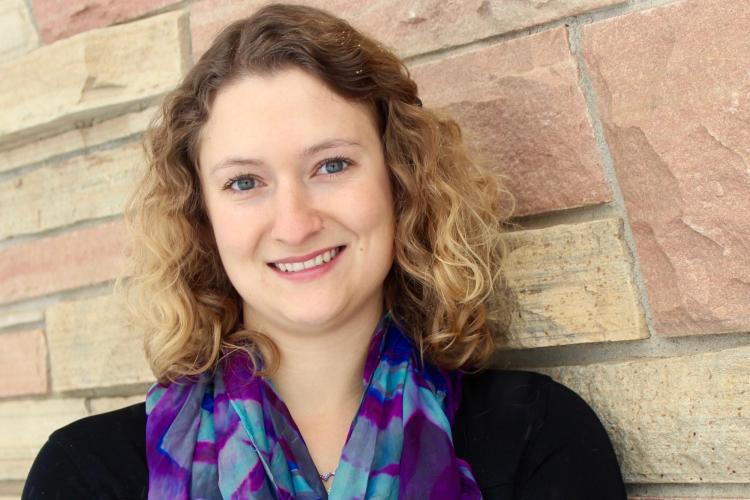 Brumley grew up in the small, mountain community of Telluride hiking, snowboarding, paddle boarding, and horseback riding. Her passion for adventure and curiosity of the stars drove her to pursue an Aerospace Engineering degree at CU Boulder.

“I like the untouched new frontier of space, and the human side of it is just so exciting, working on new and better ways to get to and live in space,” Brumley says.

She is currently conducting her own research in the Bioastronautics Laboratory at CU Boulder, studying the relationship between people’s vestibular thresholds and their ability to adapt to artificial gravity.

She is also an avid entrepreneur who started and operated her own business: a bicycle powered food cart that sells baked potatoes. In the past, Brumley has worked at a yoga studio, as a horseback trail ride guide and has taught kids art classes. As an intern at a non-profit art school, she enjoyed sharing people’s unique perspectives through art. She loves working with kids and wants young girls, especially, to know what being an engineer can be for them.

“It’s important girls know engineering is so empowering and creative. You get to do things no one has ever done before,” she says.

As an aerospace student, Carson has designed, built and launched a CubeSat, assisted with research on a human centrifuge device, and was a course assistant for a former astronaut. In her spare time, Carson plays intramural sports, goes horseback riding and does yoga.

As a 2018 Brooke Owens Fellow, Carson will be working with Sierra Nevada Corporation this summer as part of their systems engineering team.

Brumley is the fourth CU Boulder student to be honored as a Brooke Owens Fellow. 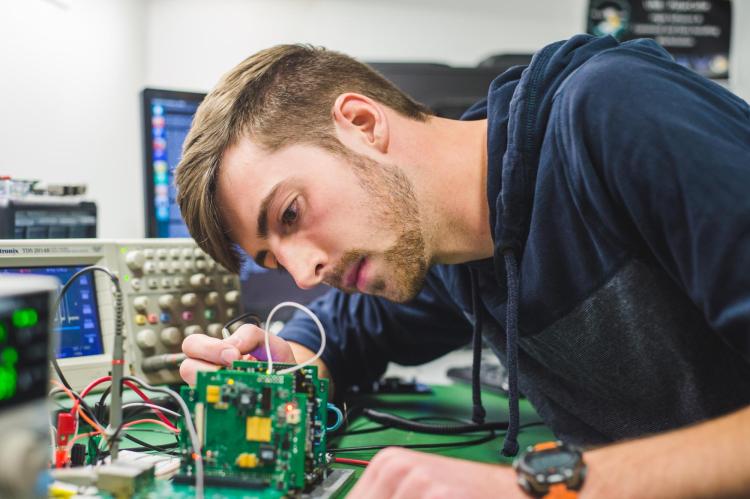 While Alex St. Clair did not grow up longing to be an astronaut (firefighter was his initial childhood dream), it didn’t take him long to get the space bug.

“Once I started following NASA closely I never really looked back. I don’t remember not wanting to be an engineer,” St. Clair says.

CU Boulder was a natural choice for St. Clair, a native of Larkspur, Colorado, which is between Denver and Colorado Springs. He arrived on a campus as a freshman aerospace student, but later transferred to electrical and computer engineering to focus more specifically on spacecraft electronics.

In his time at CU Boulder, he’s been involved in both Colorado Space Grant and now the Laboratory for Atmospheric and Space Physics (LASP), where he’s writing software and assisting with electronics for an upcoming high-altitude long-duration balloon mission, which will study the boundary between Earth’s troposphere and stratosphere, an area more than 12 miles (20 km) up. The balloon will fly for months at a time without landing, so St. Clair’s work is mission critical -- once launched, the balloon will be completely inaccessible for human intervention. It’s a project he can’t wait to see launched.

“The best feeling as an engineer is when you have something fly, whether in the atmosphere or in space. Knowing hardware you worked on or software you wrote is being used is really cool,” he says.

As a Matthew Isakowitz fellow, St. Clair will spend the summer in Mojave, California, interning with The Spaceship Company, a Richard Branson-owned business building spacecraft for Virgin Galactic and other commercial buyers.

“It's pretty exciting to be selected,” he says. “I really care about commercial space and this is exactly where I want to be.”