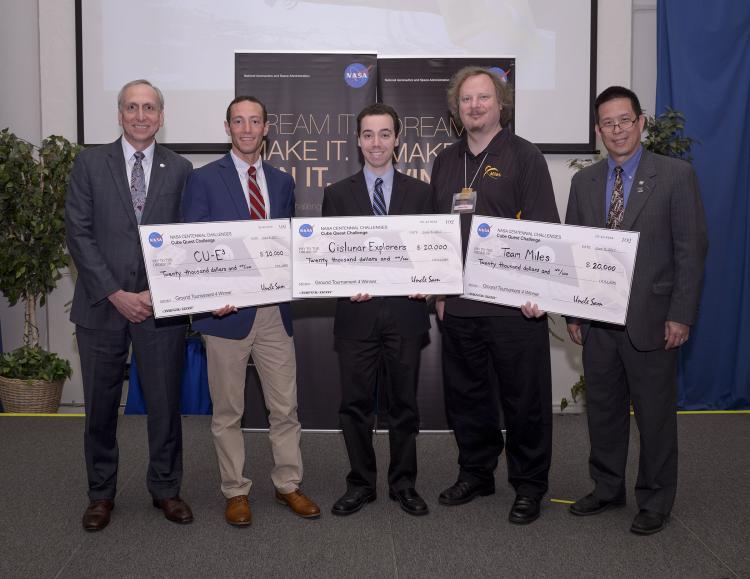 A University of Colorado Boulder student satellite team has won a free ride to space.

The contest is focused on finding innovative solutions to deep space communications using small spacecraft. It has had multiple stages, with teams submitting increasingly detailed design plans at each level. CU Boulder’s most recent entry included more than 300 pages of design schematics, simulations, and budgets.

The campus effort is part of a graduate-level projects course, but making the final cut turns it into much more, according to the team’s project manager, aerospace master’s student Ben Fried.

"It's rewarding to see the work pay off, and I'm even happier to be part of something that's bigger than a class. We can make a significant impact to the science and space community," Fried says.

Of course, to have that impact they must now turn their prototype and plans into a functional and space-worthy satellite.

"Most of the design work has been done already at the sub-system level. We will continue testing our prototype models so that we can finalize our flight build as soon as possible.  Once this is done, we will move into the building and integration stage, with concurrent system level testing,” Fried says.

CU Boulder aerospace students have built successful satellites before, but this one presents a special challenge because it will travel to space on NASA's new heavy-lift rocket, the Space Launch System, which is rated to carry humans. That means the satellite will face especially strict safety standards, although the launch itself is expected to be unmanned.

CU-E3 is also set for unique mission once it is in space. Most cubesats stay fairly close to home, orbiting only a few hundred miles above Earth. The Cube Quest teams are going much further. They will travel more than 2.5 million miles, into an eventual orbit more than 10 times the distance from the Earth to the moon.

“This is an incredibly exciting and challenging competition,” says Bobby Braun, dean of the College of Engineering and Applied Science. “Creating hardware that can handle the extremes of deep space is uniquely difficult, and these students and their advisors are making it happen.” 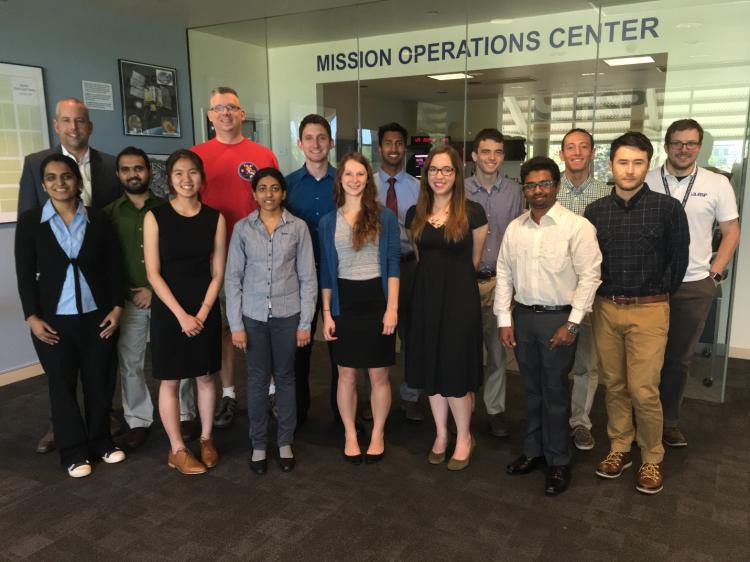 In addition to the launch slot, CU-E3 is also receiving $20,000 from NASA to complete project development. Similar cash awards were part of the earlier competition rounds as well, but the biggest prize possibilities come after the satellite is in space. Each team will be in the running for awards worth up to $1.5 million, based on how well their satellites perform.

The team has approximately 10 months to complete construction and testing. Final delivery to NASA is planned for spring 2018.

More from Ben Fried on the competition, working with NASA, and the thrill of victory at the Deep Space Symposium in the On Cue CU Engineering blog.