Updates from our all-star professors, researchers and innovators for summer/fall 2017. 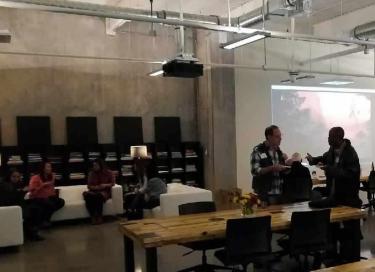 Every aspect of the new studio space supporting the Strategic Communication Design master’s program was designed to be adaptable.

Located in the heart of downtown Boulder, the space can be turned from a classroom into a photography studio, event space or even a walk-in art installation, with images projected across vast, blank walls. In courses like Design Sprints, students create products, services and experiences for clients including Uber, Allstate Insurance, Microsoft and ESRI, among others.

From the tools students use to the lessons they learn working with industry leaders, SCD is a graduate program designed to evolve at the pace of the globally connected creative economy. 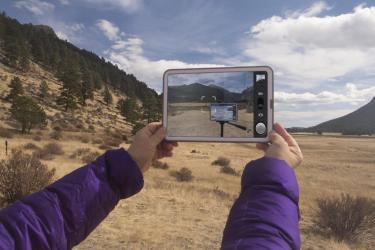 Students in the Critical Media Practices degree program develop their personal style as they explore the expressive potential of media. They make media in order to connect to and know the world. And they create and think about media in new ways while learning critical perspectives that place media practices within a broad cultural and historical continuum of innovation. Last year, students in the department created projects covering a wide array of topics and media, including a soundscape of Boulder’s Pearl Street Mall, an interview-driven social media campaign across multiple channels and a short film about three Syrian children in the Zaatari refugee camp.

Students can focus in three concentration areas (or they can build their own): documentary media, performance media and sound practices. Within these areas, students work with digital photography, videography, location sound, electronic music, web design, virtual reality and media installation.

The human side of data 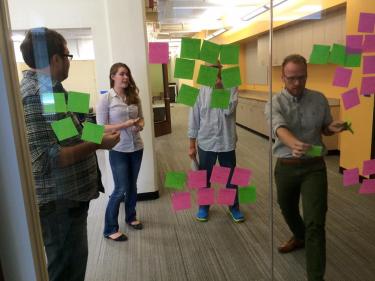 A few years ago, a group of interdisciplinary computing visionaries set out to design an innovative information science department from the ground up. The result is one of the few programs nationally that offers a four-year degree in the discipline to undergraduates, and one with forward-thinking faculty with connections to Facebook, Google, Microsoft, Twitter, the Centers for Disease Control and Prevention, the Federal Emergency Management Agency and many more.

Information Science blends computing with social science and the humanities for a hands-on, interdisciplinary education that investigates all aspects of human-data interaction. Students research how people and organizations interact with technology and information. They design apps, algorithms and user interfaces. They learn to collect, analyze and interpret data. Then they apply that knowledge to their secondary area of concentration to produce a project in, for example, bioinformatics, music informatics or wherever their interests take them.

In an age when a confession app can be downloaded and people increasingly share their faith through Instagram, podcasts and YouTube, the study of religion is also changing. CMCI’s Center for Media, Religion and Culture (CMRC) recently received a $500,000 grant from the Henry Luce Foundation to support an investigation of the evolving nature of religious scholarship in the digital age.

Stewart Hoover, director of the CMRC, is leading the research effort that brings together scholars, researchers and practitioners to develop new and innovative tools for research and communication. Alongside their research, the project’s team will develop a new web platform designed for academic collaboration, idea development and multiplatform communication, including interactive media.