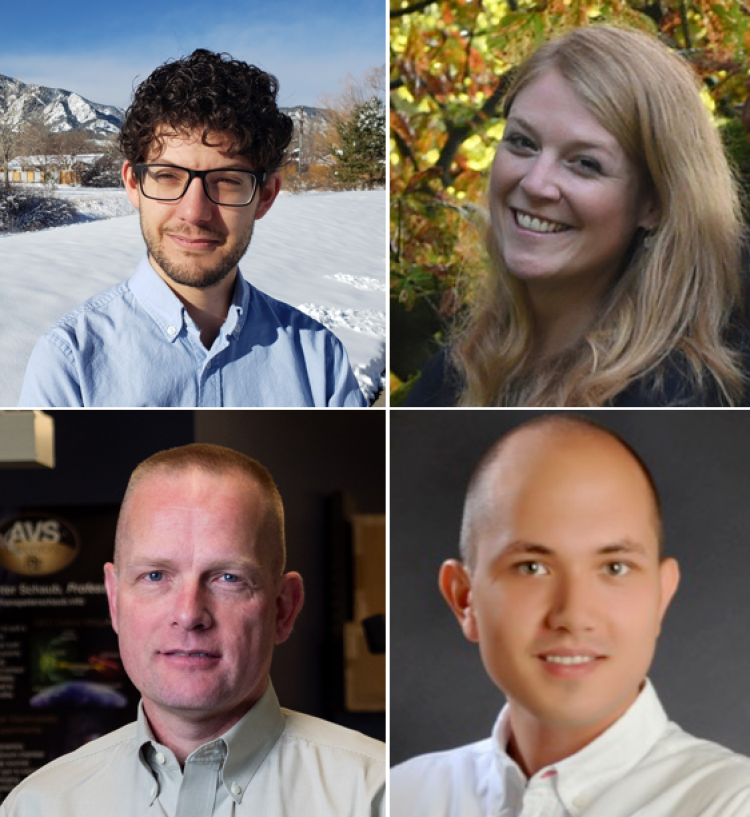 Romero-Calvo, a recent PhD graduate from the University of Colorado Boulder, is part of an international team publishing new research on magnetic phase separation in microgravity in Nature’s affiliated npj Microgravity journal.

Co-authors on the paper, which expands on a portion of Romero-Calvo’s doctoral dissertation, include his thesis advisor CU Boulder aerospace professor Hanspeter Schaub, Ömer Akay of Freie Universität Berlin in Germany, and Katharina Brinkert of the University of Warwick in the United Kingdom.

Keeping astronauts breathing aboard the International Space Station and other space vehicles is a complicated and costly process. As humans plan future missions to the Moon or Mars better technology will be needed.

“On the International Space Station, oxygen is generated using an electrolytic cell that splits water into hydrogen and oxygen, but then you have to get those gasses out of the system,” Romero-Calvo said. “A relatively recent analysis from a researcher at NASA Ames concluded that adapting the same architecture on a trip to Mars would have such significant mass and reliability penalties that it wouldn’t make any sense to use.”

The underlying issue is buoyancy.

“In space, a bubble of gas in a liquid will remain suspended there and start mixing in unwanted ways. It doesn’t float to the surface,” Romero-Calvo said.

Imagine a glass of fizzy soda. On Earth, the bubbles of CO2 quickly float to the top, but in the absence of gravity, those bubbles have nowhere to go. They instead stay suspended in the liquid.

NASA currently uses centrifuges to force the gasses out, but those machines are large and require significant mass, power, and maintenance. Meanwhile, the team has conducted experiments demonstrating magnets could achieve the same results in some cases.

Although diamagnetic forces are well known and understood, their use by engineers in space applications have not been fully explored because gravity makes the technology difficult to demonstrate on Earth. 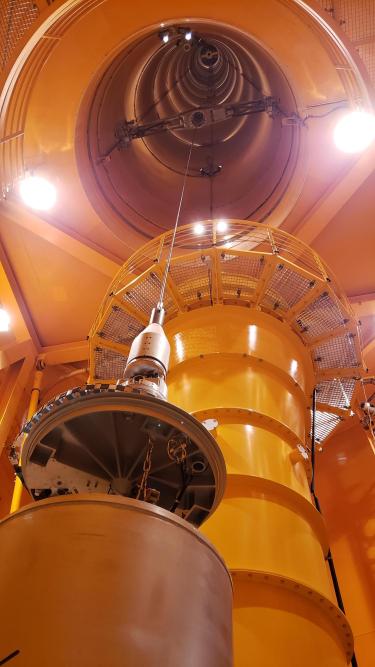 Enter the Center for Applied Space Technology and Microgravity (ZARM) in Germany. There, Brinkert, who has ongoing research funded by the German Aerospace Center (DLR), led the team in successful experimental tests at a special drop tower facility that simulates microgravity conditions.

Romero-Calvo said the results of the tests surprised attendees.

“People who had been working there 20-30 years and genuinely know everything about space engineering didn’t realize it was possible. I’ve talked with full professors who were not aware of this phenomenon. If anything, it highlights the importance of getting this research out about magnetic phase separation as an option,” Romero-Calvo said.

The research could open up new avenues for scientists and engineers developing oxygen systems as well as other space research involving liquid-to-gas phase changes.

“After years of analytical and computational research, being able to use this amazing drop tower in Germany provided concrete proof that this concept will function in the zero-g space environment. We are excited now to test this concept in short sub-orbital flights,” Schaub said.

Romero-Calvo expects to continue this research himself in the future. He was recently hired as a new assistant professor at the Georgia Institute of Technology and is preparing to build up a laboratory there to explore further possibilities for magnetic phase separation.

“This is a great time for microgravity research,” he said. “So many private aerospace companies are now offering so many flight opportunities that developing space technology is easier than ever. I’m excited to be a part of this new paradigm that is already changing the way we conduct space research."