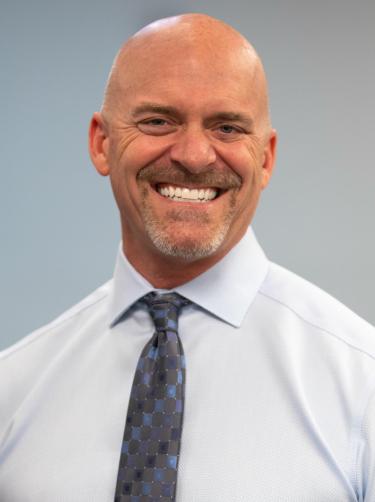 Mike Lee (AeroEngr’87) is helping guide the national transformation from exclusively government to commercial space launches up to the International Space Station.

As deputy manager of the Mission Management and Integration Office for NASA’s Commercial Crew Program, he oversees mission operation planning and execution for launches of astronauts and cargo to space by SpaceX and Boeing.

“It’s cool. It’s definitely cool,” Lee said. “The intelligence of the folks at NASA, at SpaceX and at Boeing and seeing how much they can accomplish is inspiring. It took years and years to develop the Space Shuttle and meet the requirements that were laid out. Putting responsibility in private company hands — they are taking a more streamlined development cycle.”

As an aerospace student at the University of Colorado Boulder in the late 1980s, Lee hoped to become an astronaut. The Colorado native attended CU Boulder in part due to the number of graduates who had gone on to join the space program.

Unfortunately, during his senior year, he was in a car accident while riding a bicycle. He recovered and graduated on time, but injuries cut short his dream of going to space.

Instead, he joined McDonnell Douglas and later Boeing as a contractor on various Space Shuttle and International Space Station activities as ISS was being built in the late 1990s and early 2000s.

“I worked on several different ISS modules as an Integrated Product Team lead. I worked on Node 1, Node 2, US LAB and the proposed Habitation module,” Lee said.

In 2007, he officially joined NASA, first working in the Constellation Program before transitioning to the Commercial Crew Program in 2014. There, he leads a team of engineers who work directly with Boeing and SpaceX on mission management and integration.

“We just launched and returned the Boeing Orbital Flight Test 2 mission,” Lee said. “It was a really big success for the Boeing and NASA team. We’re preparing for the Boeing Crewed Flight Test later this year, which will allow them to certify and start flying crews on a routine basis, like SpaceX is already doing.”

His work at NASA with the commercial partners gives him the opportunity to be up close and personal for launches, mission operations, and returns.

“Seeing some of these massive rockets going up is super impressive,” Lee said. “Seeing them land, as well. I was there when SpaceX simultaneously landed the first two boosters from a Falcon Heavy. It was an awesome view.”

He is excited about the increasing commercialization of space and its potential for the future.

“The price tag for a private mission to space is still a little high for the average person, but I think they’re headed in the right direction,” Lee said. “There are amazing things being done in development and amazing decisions being made. The companies move faster, but aren’t huge risk takers, so they manage risk well.”

He recognizes the significant changes in the aerospace industry since he completed his bachelor’s and the array of career opportunities that now exist for new graduates.

“This is a prime time in aerospace,” Lee said. “When I graduated it was kind of a pullback time. I was fortunate enough to get hired.”

As someone who has held jobs in an array of aerospace positions in both commercial businesses and NASA, Lee encouraged students to fully explore job possibilities.

“Today there are a lot of smaller companies all working toward flying spacecraft,” Lee said. “Students should keep their eyes open and look not just for the big name companies but also smaller businesses, and don’t nail yourself down to a single function unless you’re really in love with it. Be adaptable.”