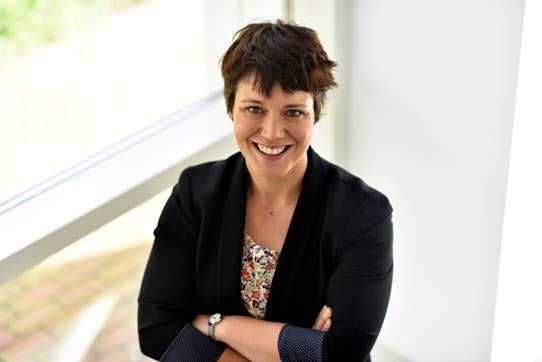 Abstract: Wings experiencing large flow disturbances often experience massive flow separation resulting in shear layers and the formation of strong vortices. These vortices typically lead to large force and moment transients and thus it is of interest to understand how changes in vorticity within a flow give rise to unsteady forces. Using a combination of experimental, numerical, and theoretical approaches, three examples of these flows are given: surging wings, dynamic stall, and gust encounters. In each of these examples, data analysis focuses on vortex formation and how the transport of vorticity gives rise to unsteady loading on lifting surfaces. As a general rule, two-dimensional and linear models are found to capture the essential physics of these types of flows and provide reasonable predictions of unsteady lift for short times after large flow disturbances.

Bio: Anya Jones is a Professor in the Department of Aerospace Engineering at the University of Maryland, College Park. She received her Ph.D. in Engineering (experimental aerodynamics) from the University of Cambridge, her S.M. in Aeronautics and Astronautics from MIT, and her B.S. in Aeronautical and Mechanical Engineering from Rensselaer Polytechnic Institute. Her research is focused on the experimental fluid dynamics of unsteady and separated flows. Current and recent work has focused on wing performance in large-amplitude gust encounters, separated and reverse flow rotor aerodynamics, and flight through wakes and other unsteady environments. Dr. Jones has been awarded the AFOSR Young Investigator Award, NSF CAREER Award, and the Presidential Early Career Award for Scientists and Engineers. She has also been awarded a Fulbright Scholar Award to work at the Technion in Haifa, Israel, and an Alexander von Humboldt Research Fellowship to TU Braunschweig in Germany. She is currently chair of a NATO Science & Technology Organization task group on gust response and unsteady aerodynamics, an Associate Fellow of AIAA, and a member of the Alfred Gessow Rotorcraft Center and the Maryland Robotics Center at the University of Maryland.