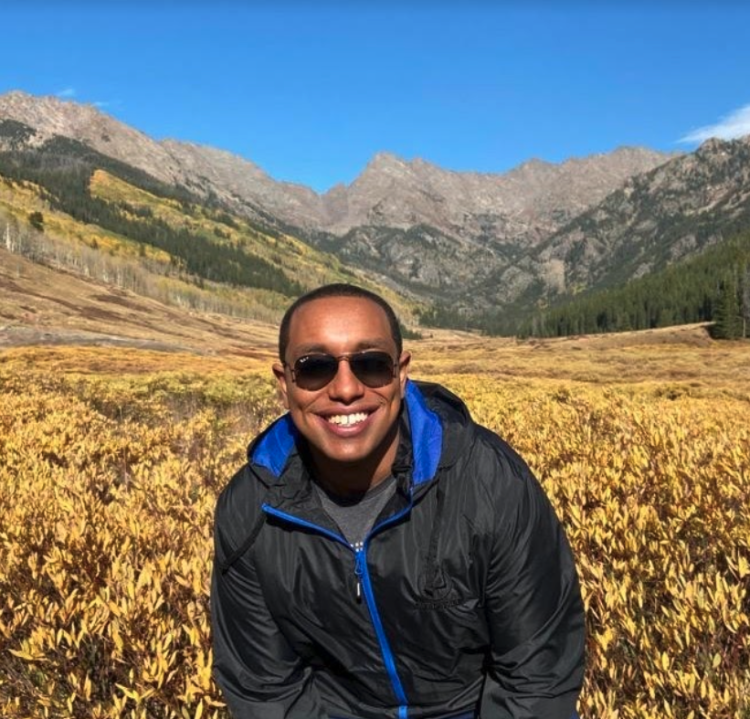 Hisham Ali joined Smead Aerospace full time as a new assistant professor in January 2022. Prior appointments include being a member of technical staff at the Aerospace Corporation in the Astrodynamics Department, Colorado Springs and a research faculty member in the Daniel Guggenheim School of Aerospace Engineering at the Georgia Institute of Technology.

Hisham’s dissertation work focused on magnetohydrodynamic interaction for atmospheric entry plasmas and included both analytical and experimental approaches, including the development of a continuous, artificially ionized, low-density supersonic plasma wind-tunnel.

What has been your favorite work or personal project so far?
Too many work projects to list, but on the personal side, I’ve been putting together a dual-projector passive 3D system at home for some time and have a preliminary version working. I’m a bit of an optics / projection enthusiast, having studied polarization and refraction of light for material stress analysis during my previous undergraduate research. My wife tells me I have too many projectors to tinker with at home. :)

Where is the best place you’ve traveled to and why?
Australia for six months with my wife during our engagement in 2018. I learned a lot and enjoyed the beauty and environment (Koalas are cute and I don’t like Vegemite). I also got a chance to visit and give a talk to The University of Queensland Centre for Hypersonics in Brisbane, Australia while there, meeting many faculty and students working directly in my fields of interests (hypersonics, aerospace plasmas, magnetohydrodynamics) and engaging in stimulating conversations about collaborations of mutual interest.

What’s something most people don’t know about you?
In addition to performing in the UA Million Dollar Band, I was also member of the UA Concert Band for several years during my undergraduate studies, as well as Marching, Concert, and Jazz band during my high school years, all on my venerable student Alto-Saxophone originally purchased second-hand prior to the beginning of my 7th grade school year—It’s quite literally traveled the country (and world, performing internationally with UA’s Million Dollar Marching Band in Italy during my college years) with me during my time as a student.

What is an ordinary moment in your life that brings you joy?
The daily bath routine with our (just over two year old) son. We’ve been playing the same music (the Lion King movie soundtrack) since before he was a year old and it’s been pure joy to watch him grow and develop with the music, singing and dancing along to more of the words with each passing day.

How are getting involved and/or hoping to get involved within the CEAS community?
Through collaborations, mentoring graduate and undergraduate students, and service opportunities.