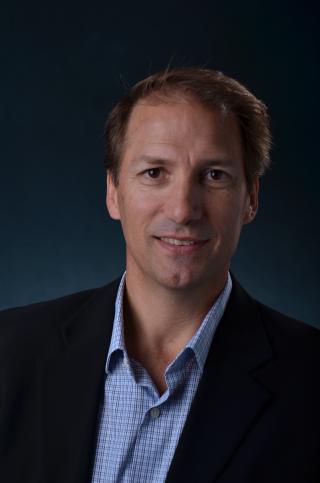 Thayer is one of three interdisciplinary scientists chosen by NASA for the Geospace Dynamics Constellation (GDC) mission to build and launch six satellites to provide the first direct global measurements of our planet’s atmospheric interface with the space environment and how it responds to energy from the sun.

“The space-atmosphere interaction region is where directed energy from the sun is deposited and where satellites orbit,” Thayer said. “Space weather generated by the deposition of solar energy disturbs those satellite systems, causing drag and radio frequency communication issues. We need to understand the processes responsible for space weather and provide predictive capabilities for space operators.”

Thayer is faculty director of the Space Weather Technology, Research and Education Center (SWx TREC), a Grand Challenge initiative of the University of Colorado Boulder. He is also the Joseph T. Negler Professor in the Ann and H.J. Smead Department of Aerospace Engineering Sciences. He is a leading researcher in remote sensing of the atmosphere and ionosphere and an expert on geophysical fluid dynamics and electrodynamic processes.

The GDC mission will be a constellation of six satellites flying in formation. Using an array of sensors on each spacecraft, it will explore fundamental physics of the ionosphere-thermosphere region, which extends from 80-600 kilometers (50-375 miles) above Earth.

The level of detail and resolution provided by the mission will give an unprecedented understanding of how our planet’s space environment responds to energy from the sun and how it internally redistributes this energy on a global basis. The scientific results from the mission will ultimately lead to improvements in our ability to understand and ultimately predict space weather that affects our technology and society.

“The upper atmosphere has a lot of different ways it manages energy from the sun,” Thayer said. “It can transform solar energy into heat, momentum, chemical reactions and other forms of energy. This region serves as an atmospheric shield to the world below from the extreme energies generated by the sun. This mission is exploring how solar energy is transformed and how the upper atmosphere responds. We know certain processes take place, but we need to know how it all works as a system.”

A six-satellite mission is a massive undertaking. The project is estimated to take seven years to design and build, followed by three years of science operations. Thayer is being brought on at the ground level to shape the mission design, requirements and specifications for the satellites.

The project follows earlier successful NASA missions including the Parker Solar Probe, which is orbiting the sun, and the Magnetospheric Multiscale Mission (MMS).

“We’re following the energy from the sun,” Thayer said. “Parker is looking at the sun’s energy generation process. MMS is analyzing how the sun’s energy is captured by Earth’s magnetosphere, which extends out thousands of kilometers, and now GDC will study how that energy is dissipated.”

NASA also selected Dr. Rebecca Bishop of the Aerospace Corporation and Prof. Yue Deng at the University of Texas at Arlington as mission interdisciplinary scientists.