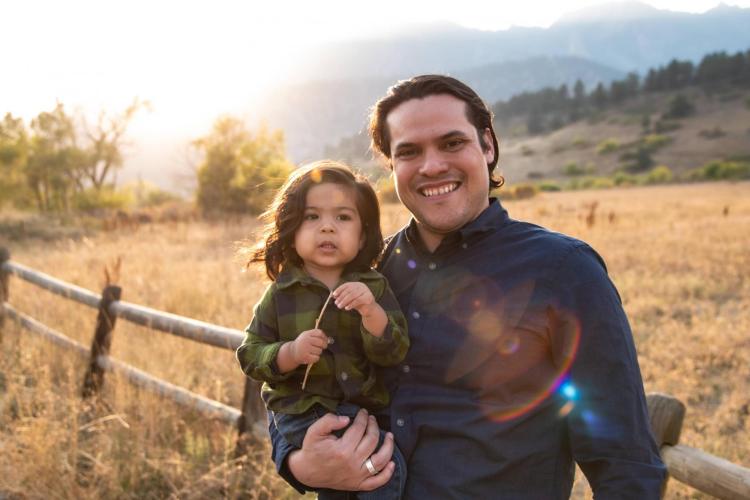 Josh Barrio with his son.

Josh Barrio had had enough. As an avionics technician in the U.S. Coast Guard, he regularly struggled to keep up with the demanding maintenance schedule for military helicopters. There had to be a better way.

“I was constantly removing and replacing equipment. Who decided this cable needed to be this long? Why did they stack it that way? The answer was always, ‘Blame the engineer. Go be an engineer and you can change it,’” Barrio said.

Now a PhD student in aerospace engineering sciences at the University of Colorado Boulder, Barrio has earned a 2021 SMART Scholarship, a civilian Department of Defense program that provides full education funding and a post-graduation job for honorees.

“It’s exciting and a little bit surreal. It’s a strange feeling,” Barrio said. “You work so long to try to prepare and to have it actually happen, it’s still new.”

At 36 years old, married and with a toddler son, Barrio is a nontraditional PhD student. After high school, he signed up with the Coast Guard and spent six years in the service.

“Math and science classes were never easy for me. I have to work pretty hard to stay competitive. I have a new appreciation for younger students. I’m surprised at how dedicated and put-together so many of them are. I needed to go through a boot camp and figure things out about myself,” he said.

Following his service, Barrio completed an undergraduate degree in electrical engineering at the University of San Diego. He most enjoyed research and enrolled at CU Boulder for a master’s degree after connecting with Christopher Williams, a research professor in the Ann and H.J. Smead Department of Aerospace Engineering Sciences. 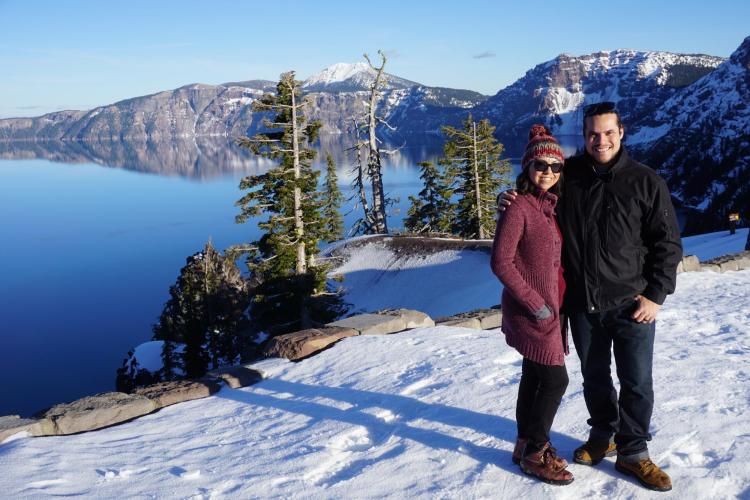 Barrio and his wife in the mountains.

“We’re both interested in radar. Recently, I have been working to more accurately model wind and rainfall with it,” Barrio said. “We’re using the same hardware and data sets they have but are trying to improve on the generated images and weather patterns.”

As time progressed in his master’s studies, Barrio began considering a PhD, and the SMART Scholarship has made it possible financially. It is also allowing him to expand his radar research into a new area.

“How can we use radar to improve localization on robotic platforms like drones and UAVs? There are certain pieces of information you can get from radar that you can’t get from a visual sensor or lidar, but it comes at a cost. If you know how to play the game, you can pull some valuable information from it to improve localization and situational awareness for navigating,” he said.

In addition to funding his education, the SMART Scholarship also provides summer internships and a full-time job upon graduation. For Barrio, those will all be with the Naval Information Warfare Center Pacific in San Diego.

Although he likely will not be redesigning helicopter parts, Barrio said he is excited at what the next chapter will bring and how he can contribute to the world of engineering knowledge.

“I love digging through publications and trying to find novel solutions to problems. You’re exploring in the dark a little bit,” he said.

The NIWC Pacific location is a dream come true. Barrio grew up in southern California, and most of his family still lives there. He said he is also excited to be able to give back to the military in a civilian job.

“You have all this pressure on you as a father, as a husband, to perform and steer the ship. Now there’s no nagging thought in back of my head to find work after graduation,” he said. “I also always felt ‘what if’, with the military. What if I’d stayed in? All my training and assisting me with the GI Bill. They helped me discover that I have the ability to perform at a level that I didn’t know was possible. I’ve felt a little bit guilty that they had done more than I could ever give back. Now I can.”