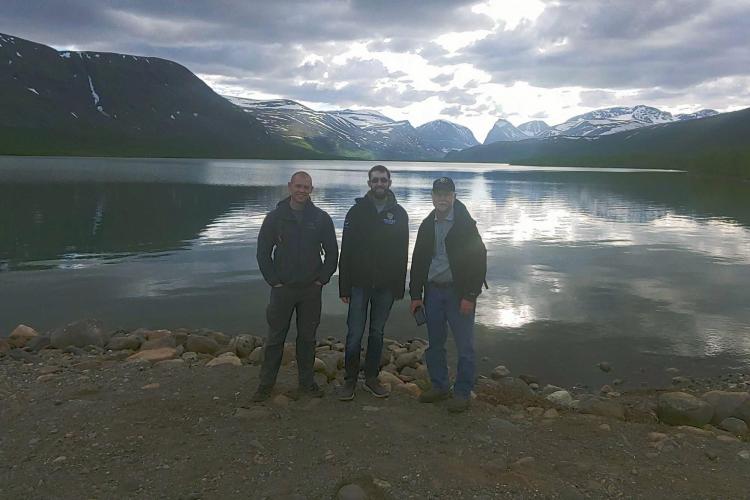 University of Colorado Boulder students and faculty are at the Esrange Space Center in Sweden on a field campaign to collect stratospheric turbulence and particulate measurements to coincide with the launch of the Air Force Office of Scientific Research (AFOSR) BOundary Layer Transition (BOLT) hypersonic test vehicle experiment.

BOLT will be launched on a sounding rocket. The flight experiment is designed to study “boundary-layer transition” where the smooth “laminar” flow of the air in the layer directly adjacent to the vehicle surface transitions into a turbulent boundary layer.

This information is important for hypersonic vehicle design since the heating rate of the turbulent boundary layer is about eight times that of the laminar boundary layer.

The HYFLITS stratospheric measurements will be conducted with daily balloon launches, sometimes as many as three or four in one day, to develop a statistical description of the stratosphere.

The overall goal of the HYFLITS project is to discover, understand, and characterize the spatiotemporal description of atmospheric turbulence and particulates above 80,000 ft (24 km), and the connection of these phenomena to meteorology at lower altitudes.

Nicholas Kenny inflates a balloon in the Esrange Space Center facility in preparation for a launch on June 16, while Lawrence and Pointer look on.
Photo credits: HYFLITS Co-PI, ERAU Professor Aroh Barjatya.