Seminar: The Anatomy of ‘Autonomy’ - A Perspective on Intelligent, Autonomous Systems in Aerospace - April 9 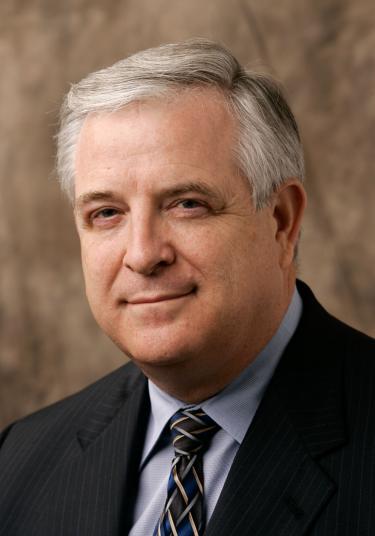 Abstract: The seminar is focused on the development and evolution of autonomous systems with an emphasis on aviation and broader aerospace applications.  The presentation materials are derived from an introductory short course developed by the author intended for students, technologists, and engineers not directly involved in the development of autonomous systems.  It is intended to motivate interest in pursuing research and technology related to autonomous and intelligent machines.  Emphasis is placed on issues associated with the development of the next generations of autonomous systems – those that extend beyond the current use of largely automated functions employing federated avionics to more fully integrated, intelligent systems capable of leveraging machine learning and other rapidly evolving technologies.

Following a brief overview of the short course, the presentation will address four (4) derivative focus topics, including:

An overview of current challenges & projected research opportunities will conclude the presentation.

Bio: Dr. Michael Francis is an aerospace executive and technologist with nearly 50 years of experience in architecting and leading cutting-edge research and technology programs spanning government, industry, and academia. He currently serves as an independent consultant.

Dr. Francis began his professional career as an officer in the US Air Force. Many of his military assignments were centered on research and development, including his first at the U.S. Air Force Academy as a research scientist and lecturer. He later went on to serve in program management roles at the Air Force Office of Scientific Research (AFOSR), the Space and Missile Systems Center (now part of the US Space Force), and the Pentagon’s Defense Airborne Reconnaissance Office (DARO).

Dr. Francis holds B.S., M.S., and Ph.D. degrees in Aerospace Engineering Sciences from the University of Colorado. He is a Fellow of the American Institute of Aeronautics and Astronautics (AIAA). He has served on several major university engineering advisory boards and the NASA Advisory Committee for Aeronautics. He has authored or co-authored more than 45 open literature publications.

Francis’ major awards include the American Institute of Aeronautics and Astronautics (AIAA) Wright Brothers Lectureship; the Smithsonian Air & Space Museum Trophy; the German Aerospace Society (DGLR) “Ehrennadel der Deutschen Luftfahrt” Medal; the Secretary of Defense Exceptional Public Service Award; the AIAA Distinguished Service Award; and an Honorary Doctor of Science from the University of Colorado. In 2016, Francis was elected to the Connecticut Academy of Science and Engineering. He now resides in Solana Beach, California.