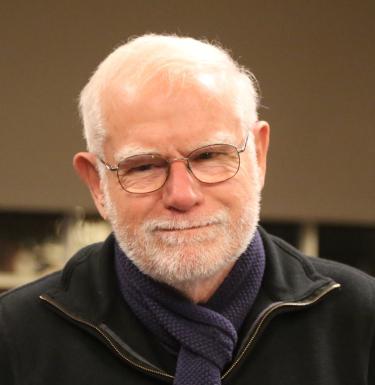 Abstract: The Apollo Lunar Exploration Program accomplished six successful lunar landings.  Each succeeding Apollo mission was characterized by increasing exploration capabilities (landing accuracy, stay time, EVAs, mobility, experiments, tools, etc.). We present a brief review of the landing sites, surface operations and science return of each succeeding Apollo mission and show how science and engineering synergism resulted in a rapid transition from achieving a national goal (Apollo 11) to sophisticated scientific expeditions targeted to areas critical to understanding the origin and evolution of the Moon. We suggest some potential insights that might be useful for Artemis Program and future lunar and planetary exploration planning.

Bio: James W. Head III is the Louis and Elizabeth Scherck Distinguished Professor in the Department of Earth, Environmental and Planetary Sciences at Brown University. He earned an undergraduate degree from Washington and Lee University (BS, 1964) and received his PhD from Brown University in 1969.  From 1968 to 1972, while serving at NASA Headquarters (Bellcomm, Inc.), he participated in the selection of landing sites for the Apollo program, in training Astronaut crews in geology and surface exploration, in planning and evaluating the package of experiments to be deployed on the Moon, in mission operations in Houston during lunar surface exploration, and in preliminary analysis of the lunar samples returned by the Astronauts. For these activities he received the NASA Medal for Exceptional Scientific Achievement and the Geological Society of America Special Commendation. He continues to be involved in training of the NASA Astronauts. In 1973-1974 he served as Interim Director of the Lunar Science Institute in Houston, Texas. He has been the Director of the NASA Northeast Regional Data Center and has served on the editorial board of numerous journals. He has been elected to Fellowship in the American Academy of Arts and Sciences, the American Association for the Advancement of Science, the American Geophysical Union, the Geological Society of America, and the Meteoritical Society, and President of the Planetary Geology Division of the GSA and Planetology Section of the AGU.

Dr. Head's research centers on the study of geological processes that form and modify the surfaces, crusts and lithospheres of planets, how these processes vary with time, and how such processes interact to produce the historical geological record preserved on the planets. He has followed up his research on volcanism, tectonism and glaciation with field studies on active volcanoes in Hawaii and at Mt. St. Helens, on volcanic deposits on the seafloor with three deep-sea submersible dives, and during five field seasons in the Antarctic Dry Valleys, and one in the Arctic.  National and International space mission involvement includes Soviet Venera 15/16 and Phobos, Russian Mars 1996, Luna and PSRM and the US Magellan (Venus), Galileo (Jupiter), Mars Global Surveyor, Moon Mineralogy Mapper experiment on the Chandrayaan-1, MESSENGER (Mercury), GRAIL (Moon) and Space Shuttle missions. He is presently participating in the US lunar laser altimeter (LOLA) on Lunar Reconnaissance Orbiter mission, and the European Space Agency’s Mars Express mission. He has published over 700 papers in professional journals.  He has received several NASA Public Service Medals, as well as the Geological Society of America’s G. K. Gilbert award presented for “outstanding contributions to the solution of fundamental problems in planetary geology,” the European Geosciences Union’s Runcorn-Florensky Medal for “exceptional contributions to planetology” and the American Geophysical Union’s Norman L. Bowen award for “outstanding contributions to volcanology”, the M.V. Keldysh Medal, “for International Space Science Collaboration for four decades”, the Penrose Medal, the highest award of the Geological Society of America, “Awarded in recognition of eminent research in pure geology, for outstanding original contributions or achievements that mark a major advance in the science of geology” , and the NASA Solar System Exploration Research Virtual Institute’s Shoemaker Distinguished Lunar Scientist Medal, “Awarded for significant contributions to the field of lunar science throughout the course of their scientific career.”

He has a keen interest in international scientific activities, having chaired the International Union of Geological Sciences Commission on Comparative Planetology and served as a NASA delegate on the US/USSR Joint Working Group on Solar System Exploration, the NASA delegation to the Interagency Consultative Group, and on the NASA Advisory Council Task Force on International Relations.  He was a founding member of the International Space University, and in 1989 was inducted into the International Academy of Astronautics.  He has worked closely with Soviet and Russian space scientists and is the Co-convener of the Brown University/Vernadsky Institute (Moscow) Symposia, now in its 28th year.  He was recently elected to the Russian Academy of Sciences as a Foreign Member. Dr. Head has traveled to China to present multiple lectures at universities and Chinese Academy of Sciences institutes in Wuhan, Beijing, Guiyang and Macau.  While there he meets with students and Chinese colleagues to discuss future lunar and planetary exploration and research. Dr. Head was recently named Distinguished Advisor by Macau University of Science and Technology and Guest Faculty member at the China University of Geoscience in Wuhan.

Dr. Head’s teaching ranges from an introductory-level course in planetology (enrollment averaging 150 yearly) through graduate education (having been principal advisor to over 50 Master’s Degree recipients and over 30 PhD recipients), and he involves his students in all international projects, missions and meetings.