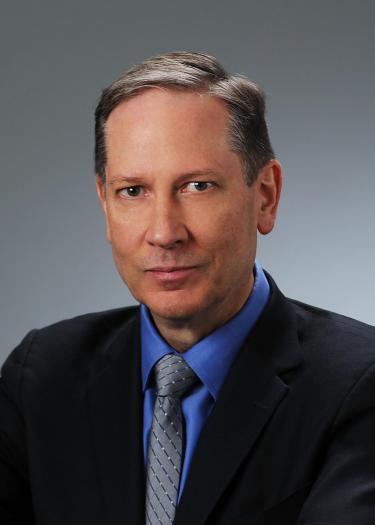 Timothy K. Minton is expanding critical research at the edge of space – uncovering chemical and physical processes in extreme environments like those experienced by satellites in Low Earth Orbit and hypersonic vehicles.

A new professor in the Ann and H.J. Smead Department of Aerospace Engineering Sciences at the University of Colorado Boulder, Minton is joining the department following more than two decades at Montana State University. He brings with him a portfolio of research and equipment to complement the department's strong space weather and growing hypersonics fields.

"I study atomic and molecular collisions relevant to space travel, looking at gas-surface interactions," Minton said. "I want to understand what atoms and molecules are doing at the most fundamental level."

A PhD graduate of the University of California-Berkeley, Minton’s education was in chemistry, but he has long felt a strong pull to the aerospace realm.

After earning his PhD, he spent five years at NASA's Jet Propulsion Laboratory, where he was drawn to the interactions between spacecraft and the extreme upper atmosphere.

Minton then joined Montana State, where he extensively studied the effects of atomic oxygen in the LEO environment. Materials experience significant degradation in this zone, and Minton has been a leader in the understanding and mitigation of its effects on long-duration satellites.

He has more recently applied his techniques to the study of the molecular-level processes at the gas-surface boundary on heat shields for hypersonic vehicles.

A necessary feature of all hypersonic craft, heat shields protect the astronauts and electronics inside from the massive temperatures generated during atmospheric entry. Composed of exotic composites, heat shields experience temperatures that exceed the melting points of iron and steel.

A new area for Minton is the study of how the current state-of-the-art in ablative heat shields -- phenolic-carbon, gradually decompose as they become hot. This intentional process helps to carry heat away from and protect a re-entry capsule.

“Phenolic-carbon was used on the Mars Science Laboratory and is on SpaceX's Dragon, but we're still learning more about how these type of materials behave, so that future designs and materials can be optimized in terms of function and mass," Minton said. "NASA's also working on new ablative heat shields, and the U.S. Department of Defense is studying new ceramic materials they do not want to ablate.”

Reliable non-ablative heat shields, that is, heat shields that do not wear down or burn off through use, represent a significant materials challenge for researchers like Minton. He is excited about the prospect advancing that study and by the opportunities for new collaborations at CU Boulder.

Minton was one of the only aerospace researchers at Montana State. CU Boulder offers dozens of aerospace and related experts within the College of Engineering as well as at campus research centers like the Laboratory for Atmospheric and Space Physics and nearby federal labs and commercial industries.

“I'm excited about this new adventure. I got involved in hypersonics about a decade ago through a multidisciplinary university research initiative. My collaborations with modelers in this area have been very fruitful. I've been able to provide data that they didn't have before, and I have really enjoyed participating in the applications of the fundamental data that I generate in my lab,” Minton said.

Although both Montana and Colorado are known for outdoor lifestyles, Minton said he is eager to experience the great indoors – his new laboratory in AERO N140. While he is an avid walker, and purchased a home close enough to the Aerospace Building to allow him to walk to work, his true calling is in breaking new frontiers of science.

“I admit I’m not very outdoorsy,” Minton said. “There are always new things that I want to discover in the lab; I feel like a kid in a sandbox.”