Seminar: Autonomous Guidance, Navigation and Control for Small Body Exploration (and beyond!) - Sept. 25 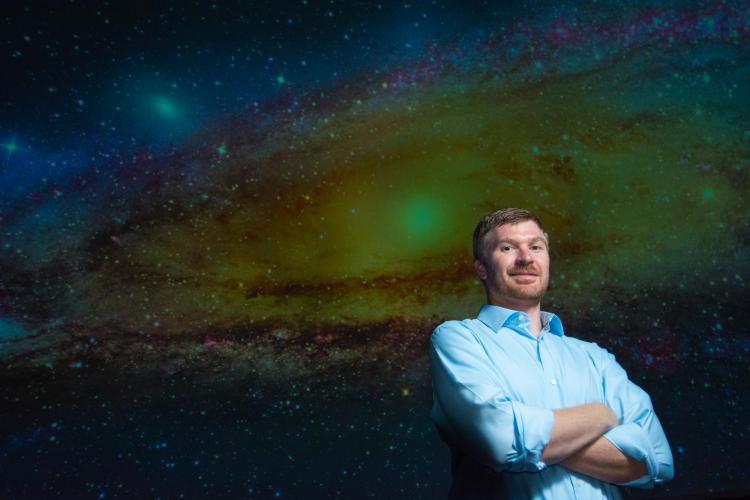 Abstract: Small bodies in the solar system - both asteroids and comets - have complex dynamical environments that create unique challenges to operating spacecraft in close proximity. Future missions will desire to more efficiently explore these bodies, as well as wanting to spend more time closer to or on their surfaces, which will necessitate having more capable autonomous spacecraft.

This talk will lay out some of the challenges that face such missions, provide an overview of the state-of-the-art for current small body exploration missions such as OSIRIS-REx and Hayabusa2, and will then discuss recent research in small body autonomy at the University of Colorado.

In particular, my lab focuses on developing autonomous algorithms for guidance, navigation, and control for small body missions that will advance our exploration capabilities for future government and/or commercial missions to these bodies and beyond.

Bio: Jay McMahon is currently an Assistant Professor in the Smead Aerospace Engineering Sciences department and CCAR at the University of Colorado in Boulder where he heads the Orbital Research Cluster for Celestial Applications (ORCCA) lab. ORCCA's research focuses on: autonomous space vehicle guidance, navigation, and control; asteroid science and missions; resource utilization; and space situational awareness. He has been in Boulder for a while - he received his PhD in Aerospace Engineering Sciences in 2011, was a Research Associate following that until early 2013 when he became an Assistant Research Professor until Fall 2016.

He is currently an Associate Editor for the AIAA Journal of Spacecraft and Rockets and the AIAA Journal of Guidance Control and Dynamics, as well as being an Associate Fellow in AIAA. He was named a NASA Institute for Advanced concepts (NIAC) fellow in 2017, and a NASA Early Career Faculty fellow in 2018, and a DARPA Young Faculty Award winner in 2020. Asteroid (46829) McMahon (a main-belt binary asteroid) was named in his honor.