Niederwieser named to Space and Satellite Professionals "20 Under 35" 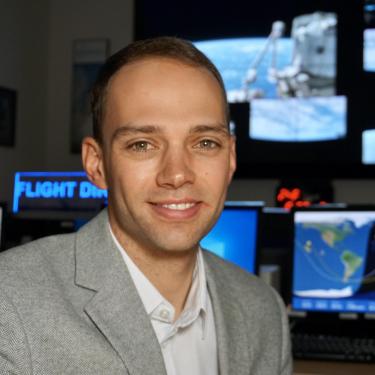 Congratulations to BioServe Space Technologies Research Associate Tobias Niederwieser, who has been named to the 2020 Space and Satellite Professionals International "20 Under 35" list recognizing young space and satellite professionals!

Niederwieser earned his PhD in aerospace engineering sciences from the University of Colorado Boulder in 2018. He began working at BioServe while completing his doctorate and has continued there as a full-time employee.

He was responsible for key elements of the development of the Space Automated Biproduct Lab (SABL) incubator, of which three are currently operational onboard ISS and have been for over five years. Niederwieser also took a leadership role in the development of the Animal Enclosure Module-ECLSS (AEM-E), a life support system for Northrop Grumman’s Cygnus spacecraft and is currently hard at work on the ISS FRIDGE (Freezer / Refrigerator / Incubator Device for Gallery and Experimentation), units for NASA to be used on the ISS - amongst other things - as the new crew refrigerator.

All 20 honorees will be celebrated at SSPI’s virtual Future Leaders Celebration on October 6 during Satellite Innovation 2020 Virtual. Also at the Celebration, the three top-ranked members of the “20 Under 35” will be named as this year’s Promise Award winners.

Read more about Niederwieser at SSPI...