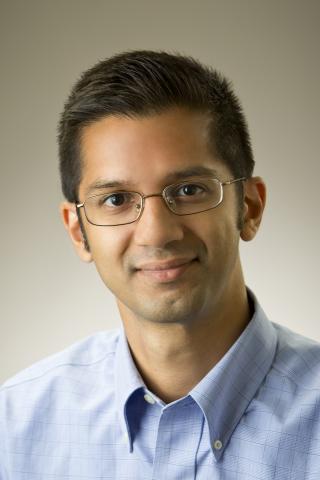 Abstract: As imperfectly designed agents in an uncertain world, autonomous systems will never work “out of the box” exactly as desired. By taking on tasks that push the technological limit, autonomous systems will encounter unexpected situations that go beyond their immediate capabilities. Autonomous systems must therefore be able to continuously and independently gather, process, and act on imperfect information. They must also be cognizant of what they can and cannot accomplish on their own and know when/how to seek help. In aerospace applications and beyond, scalable human-machine and machine-machine interactions will be essential for reinforcing the core perception, planning, learning, and reasoning algorithms that make machine autonomy on any one platform possible.

This talk will discuss innovative Bayesian algorithmic approaches developed by the COHRINT Lab at CU Boulder that enable autonomous systems to opportunistically leverage different available kinds of human-machine and machine-machine interaction while performing challenging tasks in the presence of complex uncertainties. I will focus in detail on our group’s work on probabilistic modeling, inference, and optimization techniques for augmenting autonomous state estimation and decision-making algorithms running onboard autonomous systems with inputs from human teammates, task assistants and supervisors. I will describe how our approaches connect rigorous statistical modeling and learning techniques with “plug-and-play” semantic interfaces that can readily adapt to a variety of applications and users. Results from aerospace applications such as unmanned air/ground reconnaissance, missile defense, and space robotics will show how our methods allow human-machine systems to “cut knots and fill in gaps” in fundamentally novel ways for challenging problems.

Bio:  Nisar Ahmed is an Assistant Professor in the Smead Aerospace Engineering Sciences Department at the University of Colorado Boulder, and holds a courtesy appointment in the Computer Science Department. He is a member of the Research and Engineering Center for Unmanned Vehicles (RECUV) and directs the Cooperative Human-Robot Intelligence (COHRINT) Lab.

His research interests are in modeling, estimation and control of intelligent autonomous systems, especially for problems involving human-robot interaction, distributed sensor and information fusion, and decision-making under uncertainty. He received his B.S. in Engineering from Cooper Union in 2006, and Ph.D. in Mechanical Engineering from Cornell University in 2012 through an NSF Graduate Research Fellowship. He was a postdoctoral research associate in the Cornell Autonomous Systems Lab from 2012 to 2014.

He was awarded the 2011 AIAA Guidance, Navigation, and Control Conference Best Paper Award; and an ASEE Air Force Summer Faculty Fellowship in 2014; and the 2018 Aerospace Control and Guidance Systems Committee (ACGSC) Dave Ward Memorial Lecture Award. His work has been supported by the Army, Air Force, DARPA, Navy, NASA, and multiple industry sponsors, and he has also organized several international workshops and symposia on autonomous robotics, sensor fusion, and human-autonomy interaction. He is a Member of the IEEE and the AIAA Intelligent Systems Technical Committee, and he is the CU Co-Site Director of the NSF IUCRC Center for Unmanned Aerial Systems (C-UAS).