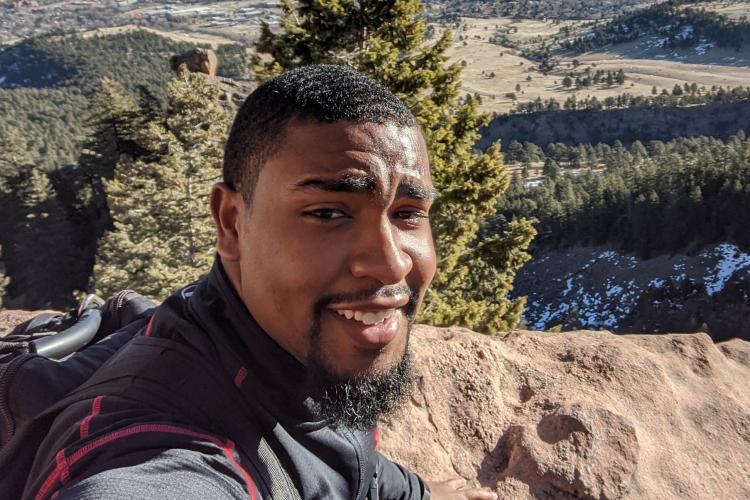 A second-year PhD student in the Ann and H.J. Smead Department of Aerospace Engineering Sciences at the University of Colorado Boulder, McGhee has earned a 2020 National Science Foundation Graduate Research Fellowship, a distinguished award that provides three years of financial support to leading graduate students at U.S. universities.

"Honestly, it's unreal. There are a million students across the U.S. who are qualified. Someone has to see your application and believe in you. It's a huge boost of confidence. To be a minority and receive this fellowship is truly an honor," McGhee said.

McGhee is working under Professor John Farnsworth, who runs the Experimental Aerodynamics Laboratory on campus. His GRFP research will be on an unusual wind turbine design – vertical axis wind turbines. Traditional horizontal axis wind turbines, like those that line farm fields across the country, look like giant fans and are a fairly mature technology.

Vertical axis turbines are different. They come in a few styles, are typically mounted closer to the ground and have smaller footprints compared to horizontal turbines. Rather than blades that turn perpendicular to the Earth, their blades typically all point up and spin like a narrow merry-go-round.

McGhee's goal is to analyze individual components of vertical axis turbines for potential aerodynamic improvements that could boost power generation.

"Most people who study vertical axis wind turbines see them as a unified system. I want to take a step back – can you look at the aerodynamics of a single blade and modify the blade geometry or add dynamic controls to maybe make a better system overall?" he said. 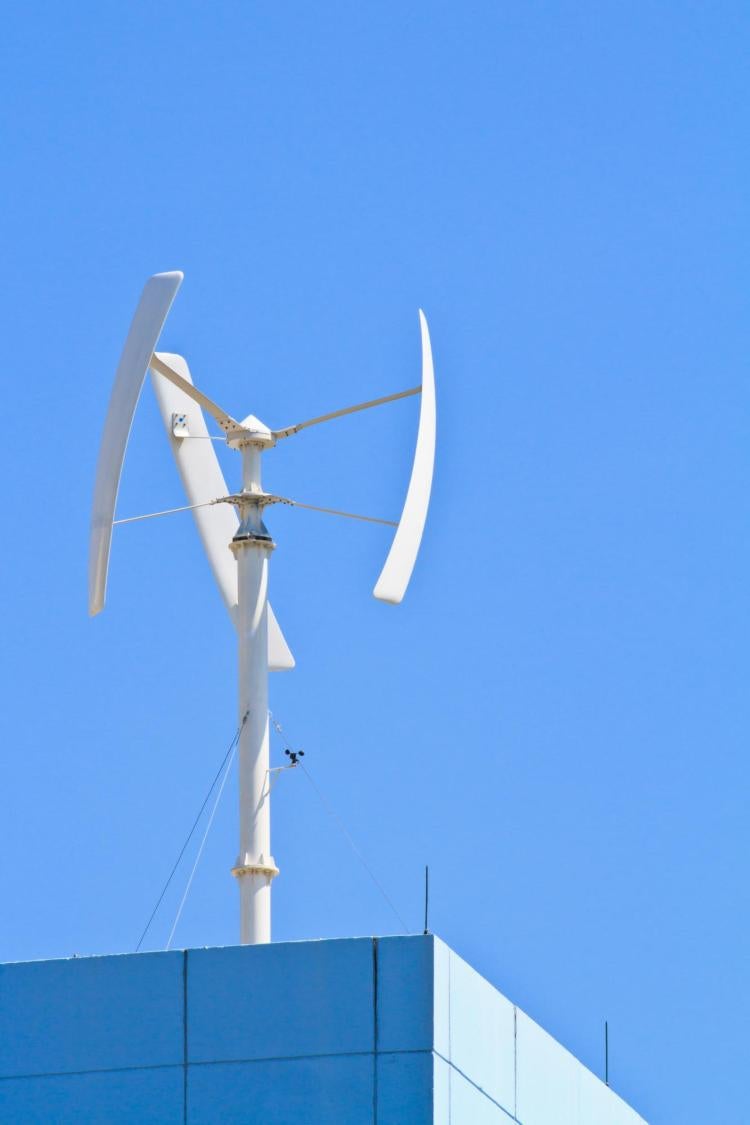 Vertical axis wind turbine on top of a building.

Horizontal turbines have dominated the industry because they have been comparably easier to build and can generate more electricity. However, their increasingly large sizes make them practical only in rural areas. As vertical axis turbines take up less space, they could potentially be mounted on top of buildings in urban locales.

Renewable energy is a somewhat unusual research area for aerospace, which typically looks more at aircraft and space exploration, but the blades of a wind turbine, whether horizontal or vertical facing, are an aerodynamics problem just like that an aircraft.

"My research will actually be piggybacking on work done by a former master’s student of Dr. Farnsworth’s who was doing a study of plane wings. It's a different approach, but aerodynamics can apply to so many different things," McGhee said.

A native of Alabama and graduate of Auburn University, McGhee was bitten by the renewable energy bug during a summer internship in Colorado at the National Renewable Energy Laboratory. Renewable energy is an area where he sees potential to work at the leading edge of technology and have an immediate impact.

In addition to the GRFP, McGhee is also the recipient of a GEM Fellowship. A national program to increase the participation of underrepresented students at the master's and doctoral levels in engineering and science, McGhee earned the honor in 2019.

"It's near and dear and got me into graduate school. If I didn't have that, I don't think I would be enrolled," McGhee said. "It’s a great community. It's my family away from home and is really a support network now and throughout the entirety of your career."

As a second-year PhD student, McGhee has plenty of time to think about future careers. For now, he's excited to see what he can advance in the renewable energy realm.