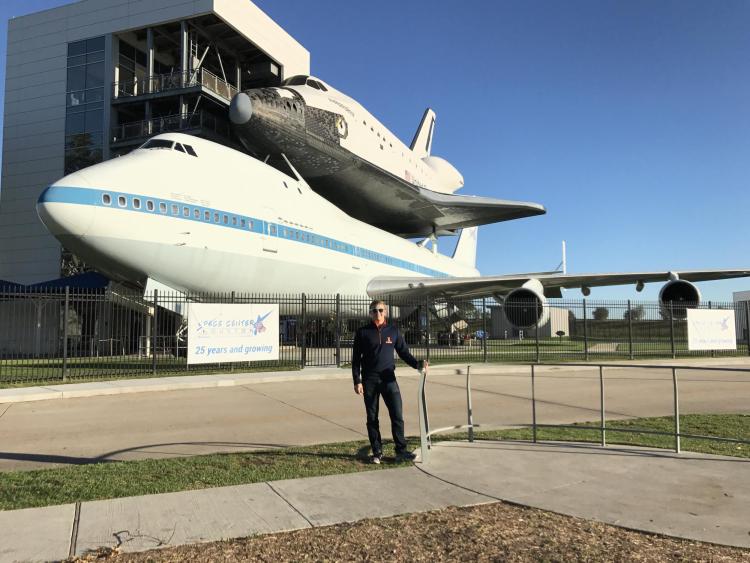 Benjamin Wexler has been flying from a young age, first in simulators and later as a private pilot. Now, he will be contributing to cutting-edge astronautics and aeronautics research as a 2020 NASA Pathways Internship fellow.

The California native and University of Colorado Boulder dual degree aerospace engineering and engineering management master’s student has been selected for the exclusive NASA fellowship.

"It's cool and anxiety-inducing. They don't give you all of the details. I know I'll be starting this summer at NASA Langley in the aeronautics systems engineering branch,” Wexler said.

The internship will actually span three NASA research centers. Wexler will spend two summers and one semester at the space agency, first with Langley Research Center – to be done remotely due to the ongoing coronavirus pandemic, followed by a stint at Goddard and then Wexler will choose to conclude at either Ames or Armstrong.

It is a dream come true for Wexler, who has been interested in aerospace since a family friend took him for a flight in his private plane as a child.

"I got hooked on flying," Wexler said. "I never really had video games in my house as a kid, which, looking back, I'm very grateful for. After my Dad's friend took me up in his plane, I was allowed to get a flight simulator program and I logged at least 400 hours in it."

As a high school junior, he convinced his parents to enroll him in real flight instruction—billing it as something that would look good on college applications. Wexler successfully earned his pilot's license and now is also instrument-rated, allowing him to fly in clouds and adverse conditions.

He completed his undergraduate degree in aerospace at the University of Illinois Urbana-Champaign and followed it with a post-graduation internship at SpaceX in mission integration before entering the aerospace engineering master's program at CU Boulder. Here he is studying bioastronautics.

"I decided to focus more on the space side of the industry because I think the next few decades will be particularly exciting as we plan on returning to the moon and going to Mars," he said.

Although the coronavirus pandemic has him mostly at home of late, keeping busy has not been a problem. For the last month, Wexler has been hard at work doing thermal analysis for a CU Boulder BioServe Space Technologies genomic research project slated to fly on the Artemis I moon mission.

"Motivation to work is not a problem when it's something that will go around the moon," Wexler said.

The NASA internship will also give Wexler a chance to follow in some of the footsteps of his grandfather, who served in the Navy in World War II and later earned his engineering degree, doing work at NASA Goddard, where Wexler will spend part of his internship.

"He worked for Grumman on the Orbital Astronomical Observatory program, the predecessor to the Hubble Space Telescope, which led him to spend time with the NASA engineers at Goddard. I'm thrilled and very grateful that I'll be able to share that connection with him," Wexler said.

Wexler also feels a call to service. He seriously considered entering the U.S. Navy after high school and feels a pull today to the National Guard, where he could put his flight skills to use. For now, his mission is education.

“Whatever I decide, and I’ve got plenty of time, grad school gives you another level of expertise,” Wexler said. “For this internship, NASA has done so much to benefit our society; I am incredibly excited to have the privilege to be a member of an organization that has been an integral part of American history.”