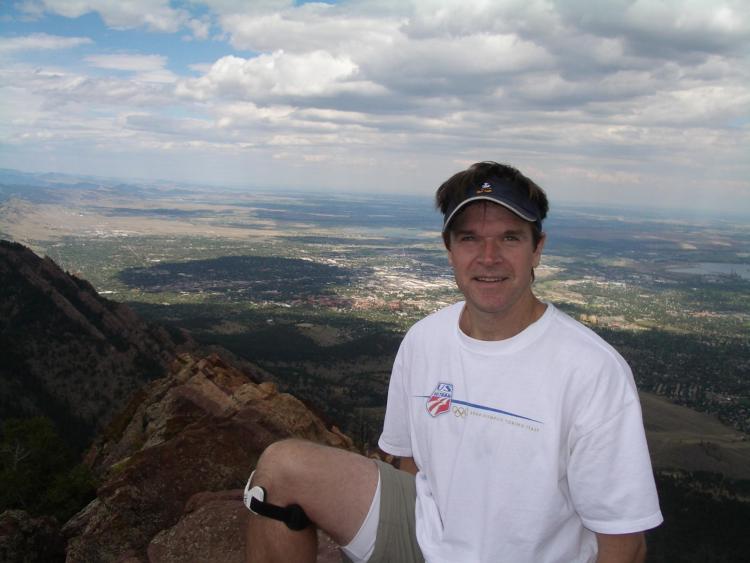 Becoming an aerospace engineer for The Boeing Company, Paralympic medalist in downhill skiing, and advocate for blind or visually-impaired children takes perseverance, intellect and heart.

Glen Abramowski (AeroEngr’88) has done it all, and he did it all while legally blind.

“By the time I graduated from CU Boulder, I had 20/800 vision, which means that when a person with normal vision stands 800 feet away from an object I see the same detail at 20 feet. Today I'm 20/2,000, which is off the scale; it's not even officially a thing,” Abramowski said.

Coming of age before the 1990 Americans with Disabilities Act, which provides certain legal protections to people who are blind, Abramowski faced challenges well beyond those of many sighted engineers. He has risen into leadership positions at Boeing and served as the Chairman of the Board for an advocacy organization for children with visual impairments.  He approaches each day to inspire youth with a singular, focused message.

“It's important that parents and kids know having a disability doesn't mean you don't have intelligence” Abramowski said. “Despite the fact that something is different about you, if you have the ability to learn and think, absorb and apply, you can create a life that's fully integrated. There will be challenges, but the limits are what you determine them to be. I keep finding ways to use other resources and tools to help me, and you can, too.”

Growing up outside Chicago, Abramowski was bitten by the aerospace bug at a young age. His family home was on the flight path for O'Hare International Airport, and each night he would count the passing jets to sleep like sheep. His father was an engineer and impressed upon him that he would always be able to find work in the field.

Abramowski’s vision, unfortunately, was a significant obstacle in making that a reality, he said.

While he excelled in science and math, many hiring managers saw only his blindness, he said. This despite the fact that you could meet Abramowski and never know he is blind. He doesn't wear sunglasses and his eyes appear ordinary to a casual observer. He can make out shapes, shadows and contrast between objects and uses a computer and cell phone with aids.

“I have a little telescope I use to read and see my phone, and I have software that reads to me on my computer and phone. I also didn't use a cane for a long time. I felt like people would look at me differently and it would be a barrier. Now I use it and I wonder why I wasn't 20 years ago. It's so helpful. Forget what others think,” he said.

However, it was a different world when Abramowski was seeking work as a fresh university graduate in 1988.

“When I started, no one wanted me. It was an act of God to get employed. My first job – I started working there for free,” he said.

After graduation, Abramowski moved back in with his parents, who had relocated to Arizona. He struck out with engineering firms but eventually found a position with a small aircraft company doing procurement, accounting and materials management work. It wasn't where he wanted to be, but he got his foot in the door. Although they eventually began paying him for his work, it was far below other engineers’ compensation.

He applied to other places but faced similar obstacles. Following a series of interviews with McDonnell Douglas that seemed to go well, he received yet another rejection letter. Abramowski seriously considered leaving the field entirely.

“I was very down and distraught. I believed I had done everything I could. I had started working for free and was earning way less than my peers. I had a spiritual experience with God, praying, ‘God, if you help me get a job, I will try to make a difference in the community” Abramowski said.

He felt a calling to reach out to McDonnell Douglas one more time. He phoned the hiring manager to re-state and emphasize the skills he had and what he would bring to the company. It was a long shot, but he had nothing to lose, and to his surprise and pleasure, the next day they offered him a job.

The position was in St. Louis, so he moved there and started work, remembering his commitment he made in prayer.

Abramowski wanted to open doors for other kids with disabilities but felt he would be ignored as a public advocate.

"I’m just one guy. So low on the org chart. Why would a parent want to listen to me talk about how I could help their kid?" he said. 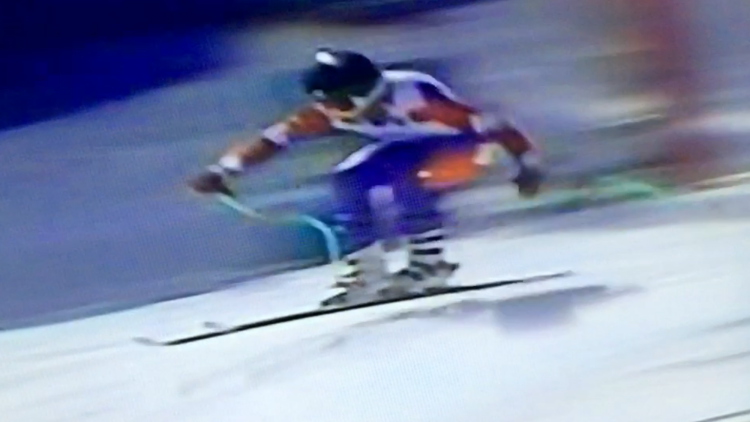 Use this to help others

The answer was in skiing.

Despite his vision, Abramowski had excelled at skiing in high school and during his first year at CU Boulder with the help of a sighted guide. He remembered the public attention he received after earning a silver medal in the 1984 Paralympics and felt if he could win again, it would provide the opening he needed.

"Growing up, I was ski racing in Wisconsin and on Michigan's Upper Peninsula. If you learn on the snow there, which is basically ice, you can ski anywhere," he said.

As a freshman at CU Boulder, he was a member of the U.S. Disabled Ski Team and eventually connected with a group of fellow student skiers he calls the “elite of the elite.”

“They got me into skiing moguls. I don't know how they had the patience with me. I would follow their feet down the mountain. The tips of my skis were probably two feet or less from the tails of theirs,” Abramowski said.

He grew to tackle double black diamonds and backcountry runs with the best of them.

“Skiing is about the greatest fun thing I can think of in life. I've skied the back bowls at Vail. I’ve skied chutes. All because of these guys I met. Hitting a cat track at 40 to 50 miles per hour and knowing you're going to catch some air and not knowing exactly where the ground will be is an amazing experience. They helped me become a better racer," he said.

To race again, however, he had to train, and while St. Louis is ideal for many things, snow skiing is not one of them. Just months into the position with McDonnell Douglas, he requested and received a leave of absence to train in the mountains of Colorado.

The 1990 World Disabled Ski Championship would be on familiar ground: Winter Park Resort. He won three gold medals and one silver in the competition.

“When I was first skiing in the 80s, I was doing it for me, to try to feel accepted because I'd been hazed and bullied in middle school,” he said. “Ski racing was a journey to get me out of that, to see a future that was hopeful. In 1990, it was about how I can use this passion, skill and recognition to reach and help others."

When he returned to St. Louis he became active with the Delta Gamma Center for Children with Visual Impairments as an advocate and motivational speaker while simultaneously excelling at McDonnell Douglas, which in the late 1990s merged with Boeing. His tenure there, working with fixed and rotary wing aircraft, now spans more than three decades in positions ranging from systems engineering to supplier management.

He helped lead the company’s efforts into compliance with the Americans with Disabilities Act when the legislation passed in 1990.

“Every day that I do my job well, it opens the door for the next person. I'm trying to move the spirit of the law along so when a candidate for a job is presented, the interviewer doesn't have the doubt and reservations they initially did with me, but rather, knows it's been done before, so why not?” Abramowski said.

Eleven years ago, he had the chance to move back to Arizona, continuing his employment with Boeing. There, he continues as an active skier, cyclist, and hiker, always with friends as guides.

"You're only as good as your last project, your last sale. I try to demonstrate my value with each project, and here I am 31 years later,” Abramowski said. “My philosophy on life is: add value and make friends every day. It's not something you measure in dollars. You measure it in relationships." 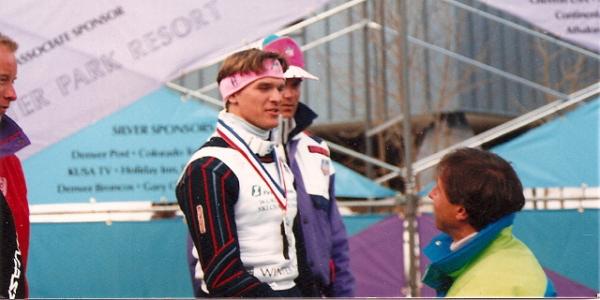 The Gold Medal ceremony at the 1990 World Disabled Ski Championship. 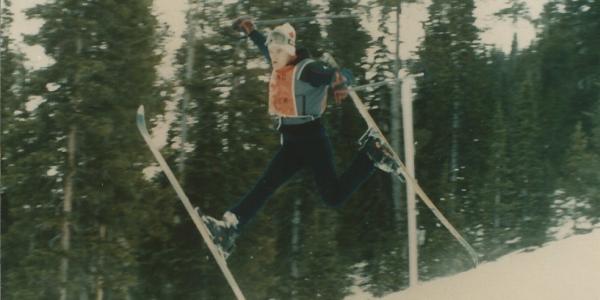 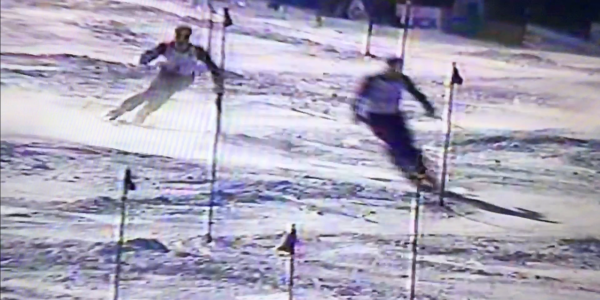