Studying the cosmos with Miss Aerospace 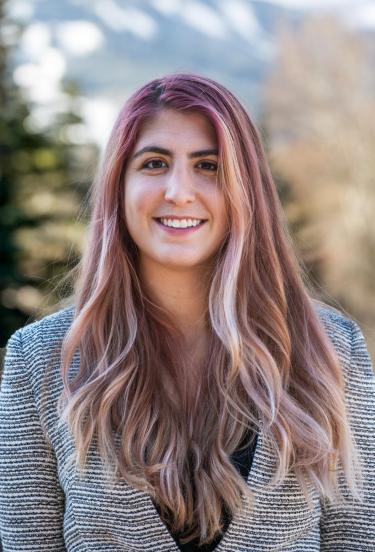 Studying the astrodynamics of space debris involves complex mathematical formulas and advanced calculations, but it is right up Marielle Pellegrino's alley. After all, she is Miss Aerospace.

“After my undergrad, reflecting on the experience, I was very cautious about joining organizations and getting involved because I didn't see myself as an engineer,” Pellegrino said. “There was a lack of representation of people who looked like me, and I didn't associate myself with aerospace.”

By launching a website and various social media accounts, she hoped to share her love of astronomy and aerospace and shift how others view engineers.

“It's very fulfilling when a student somewhere else reaches out with questions about the path they're pursuing,” Pellegrino said. “It’s great getting journal papers published, but it's even better when someone says, ‘This helped me in my experience.’”

As a student, Pellegrino is focused on orbital debris mitigation. It is a field that saw a big publicity boost from the 2013 film Gravity, in which debris from a derelict satellite spins out of control, crashing into other satellites and creating a cascade of destruction around Earth.

Pellegrino has studied methods of using pressure from solar radiation to safely deorbit malfunctioning satellites and is researching the dynamics of medium Earth graveyard orbits where old satellites could be moved permanently.

“In graveyard orbits, debris tends to drift off. The physics of these orbits are not well understood, and we need to change that. It's crucial for their use,” Pellegrino said.

Better information only becomes more important as additional satellites are launched to orbit. NASA and the U.S. military maintain a database tracking the locations of every orbiting satellite along with thousands of pieces of orbital debris – items that range from large spent booster rockets to small tools lost by astronauts during spacewalks.

“The more satellites we send up, the sooner we're going to see problems,” she said.

Another passion for Pellegrino is communication. Aerospace research is complex, but she said it is critical for scientists and engineers to be able to break down their work into terms the general public can understand.

“It's important that other people have an appreciation for what you do beyond it being basically supernatural to them,” she said.

With that in mind, in 2018 Pellegrino organized a workshop at CU Boulder help fellow science and engineering students communicate with the public.

“It's a failure on your part if you can't break things down. People need to be able to connect with your research,” she said.

Another critical thing for students, according to Pellegrino, is maintaining a good work-life balance. With two years left in her PhD, it's something of which she has to be mindful.

“You can lose sight of why you're excited about the work, why it's interesting,” Pellegrino said. “You always want to keep that sense of wonder.”