Knipp recognized for expanding the field of space weather research 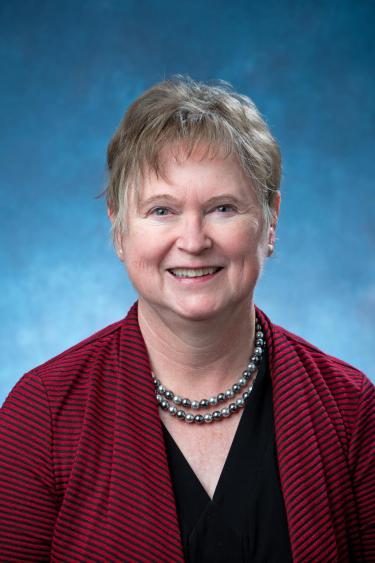 Delores Knipp is earning two honors for her research into space weather.

Knipp, a research professor in the Ann and H.J. Smead Department of Aerospace Engineering Sciences and the Chancellor’s Grand-Challenge Space Weather Technology, Research and Education Center (SWxTREC) at the University of Colorado Boulder, has been awarded the 2019 International Baron Marcel Nicolet Medal by the European Science Foundation.

Both honors recognizes Knipp’s efforts to expand the field of space weather research and build awareness of its importance in science and engineering.

Knipp has played a central role in expanding the field as editor-in-chief of the American Geophysical Union’s Space Weather journal from 2014-2019.

“The research was largely coming out of the US and my efforts were to grow the community internationally. The first thing I did was visit universities in China under AGU sponsorship” Knipp said.  Subsequently she sought stronger ties with scientists and students in Europe, South America and Japan.

In her time leading the journal, submissions have doubled, and Knipp jokes reviewing so many articles has effectively earned her a new PhD in space weather.

“I had to be able to read papers covering every aspect of space weather from the sun to the upper atmosphere all the way down to the ground,” Knipp said. “Early on, I was also doing a lot of true editing. The journal is in English but the articles come from all around the world. For some, I was getting their writing up to a form so their science would shine.”

Knipp’s work also goes beyond the science and engineering community.  Her text book, “Understanding Space Weather and the Physics Behind It, is used at universities world-wide and has recently been translated into Chinese.  She has endeavored to engage the general public, often through writings and interviews on historical space-weather events.

One notable example is an article she published last year on a Vietnam War mystery. On Aug. 4, 1972, more than two dozen sea mines suddenly exploded in the water, without explanation. Through research she unearthed an unlikely cause – magnetized gas from the Sun during a solar storm.

“I like puzzle solving,” she said. “You can see these pieces slowly fit together. I've been able to go into historical documents and find these events.”

The article was initially published in Space Weather, but has since seen broad attention in other science publications and national media outlets. Giving historical events a platform allows Knipp to discuss the overall importance of space weather.

“These are very natural occurrences and we need to plan for them,” Knipp said.

Last week, Knipp delivered the Buonsanto Lecture. Her talk, titled “250 Years of Extreme Space Weather Storms: What has the Ionosphere Been up to?," was a tribute to the progress in space weather observing and modeling initiated by MIT researcher Dr. Michael Buonsanto. The presentation was webcast and is archived at the Haystack Observatory.

She received the Nicolet Medal yesterday at the European Space Weather Week conference in Belgium.