Following the American dream to the stars 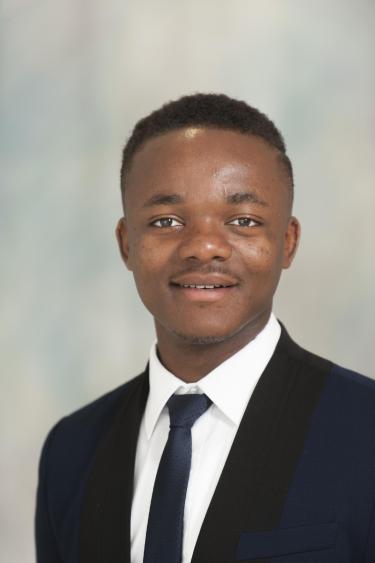 Hermann Kaptui had been rejected from an aerospace internship, again. He had the right academic background, but was missing an important personal credential: United States citizenship.

Kaptui, an aerospace PhD student at CU Boulder, had found himself in an unusual corner of U.S. immigration policy. Federal law can be inviting to international students who wish to study here, but very restrictive when it comes to those same students landing aerospace internships and jobs.

The reason is a huge percentage of aerospace work can have national security implications. New guidance software for communication satellites can also be used on spy satellites. Better aerodynamics for commercial planes can also be applied to fighter jets.

Kaptui, a native of Cameroon, just wanted to be the best aerospace engineer he could be.

So he became a U.S. citizen.

It is not that simple, of course. Kaptui had immigrated to the USA with his family just after high school. His budding interest in aerospace was a result of his initial career goal of becoming a pilot. While completing his undergraduate degree at the University of Maryland, he fell in love with astrodynamics research.

“Astrodynamics is the best way to explain the motion of stars and how we can navigate through space,” Kaptui said. “So, I chose to dive deeper into ways to make space more accessible to mankind by developing guidance and control algorithms which enable in-space assembly. The beauty with my project is that highly multi-disciplinary and involves corporative control for multi-agent systems, formation flying, robotics, stochastic planning.”

However, he kept hitting blocks when it came to citizenship.

“Every time I’d get to an internship interview, the number one thing that would disqualify me was citizenship,” Kaptui said.

But he was persistent. He knew what he wanted and had a drive to achieve it.

“I knew how lucky I was to be here. So many things had to fall into place,” Kaptui said. “In Cameroon, my dad was a nurse practitioner. Now he does construction. My mom used to work in management at a bank, but here she does housekeeping. It’s humbling, the sacrifices my parents made to make sure we got to where we wanted to be. It’s the biggest driver for me, that other people put out time and effort so I could succeed.”

His siblings have a similar drive: one is in medical school, a second is currently completing medical school applications, a third has earned an MBA, and his youngest brother is working on a degree in mechanical engineering.

“It’s how I was raised. We were always competitive. We want to do what we’re doing at the highest level possible,” he said.

After receiving his Green Card, Kaptui subsequently completed all of the citizenship requirements and took the oath of citizenship in 2018.

Where he previously had been twice rejected for a GEM Fellowship, a national program that provides education funding and internships for underrepresented minority students in STEM fields, the third time was the charm.

“GEM really fits with my view of what graduate school should be. Diversity and diverse backgrounds means multiple viewpoints. The best way to solve problems is with different points of view,” Kaptui said.

Through the program, he completed an internship at The Aerospace Corporation earlier this year.

It was an enthralling experience, Kaptui said. Now back at CU Boulder for the third year of his PhD program, he is torn between a future in academic research or industry.

“It's the million-dollar question. The number one factor in a job for me will be the amount and quality of research,” Kaptui said. “When you have something you don't understand and you're trying to find a solution and then it finally clicks – eureka! It's a great feeling.”