My summer vacation at NASA: artificial gravity research gets a new spin at Johnson Space Center 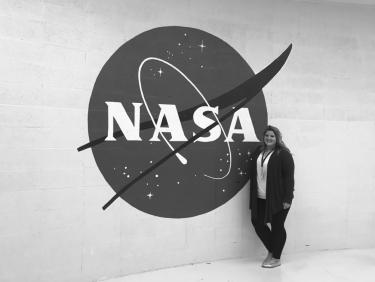 The feeling just doesn’t go away.  Seven summers at NASA and I still got chills driving through the gate on my first day back at NASA Johnson Space Center earlier this summer.

I’ve previously interned at NASA’s Langley Research Center and Ames Research Center – both incredible experiences working with some of the smartest engineers and scientists I’ve ever met, but there will always be something incredibly special, some unspoken aura of legacy and greatness that hovers around the complex of the Lyndon B. Johnson Space Center.  Especially for someone who has spent the last 7 years of her life performing human spaceflight research with the ultimate goal of helping land the first humans on Mars and returning them safely.

My PhD research at CU Boulder is a huge first step towards that goal – investigating how to improve the feasibility of using artificial gravity (AG) as a physiological countermeasure to protect astronauts from the debilitating effect of microgravity on the systems of the body.  But what I’m doing here is only a start to the leaps that the research community must make before we’ll see a centrifuge in space.

This summer I was working at JSC as a NASA Space Technology Research Fellow (NSTRF) to complete my annual fellowship requirement of a Visiting Technologist Experience (VTE – NASA really loves these acronyms).  In my ten weeks in Houston, I was tasked with assisting in a collaborative effort to learn more about how the human body responds to centrifugation, and further understand the potential of using AG as a spaceflight countermeasure.

The ongoing research study that I was involved with, named the Artificial Gravity BedRest European Space Agency (AGBRESA) investigation, is being conducted at the :envihab medical research facility in Cologne, Germany, and is testing the efficacy of two different short-duration centrifuge interventions in subjects participating in 60 days of 6°head-down tilt bedrest. Essentially, the investigators are interested in determining the human physiological, neurological, and behavioral outcomes of bedrest coupled with centrifugation, and whether or not the pre-determined centrifuge exposure prescriptions are sufficient to mitigate bedrest-induced deconditioning.

I’m here to be a part of the next momentous milestone – to help make the next crewed Moon landing and the first crewed Mars landing a reality. 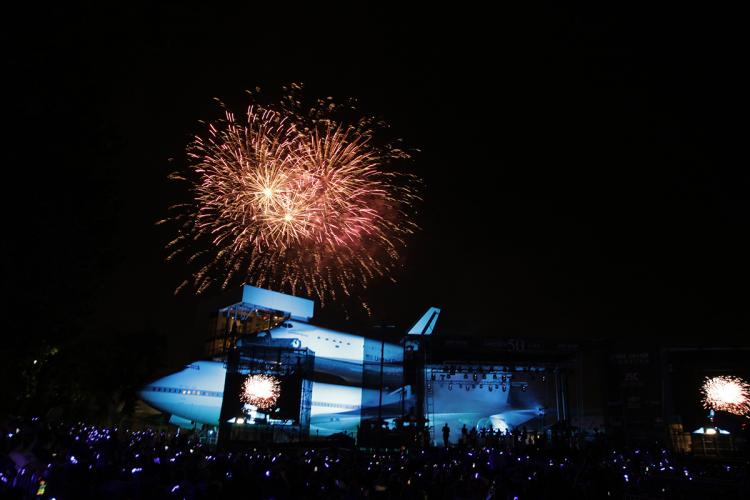 The results are still forthcoming, but the experience of working on such a large project with people around the world was something that I had not been previously exposed to.  The logistics of coordinating the 19+ principal investigators, sharing data and findings across institutions and universities, and the sheer volume of images and datapoints collected was such an impressive effort, and something that has already proven to be an incredible contribution to the research community.

Of course the work was exciting, and it was a such a valuable experience (both professionally and academically) to be part of a study like AGBRESA, but I’d have to say that the most inspiring part of the summer was helping the entire city of Houston (and those who traveled from afar) celebrate the 50th anniversary of the Apollo 11 Moon landing.  On the night of July 20, I stood on the outskirts of with thousands of supporters of the space program as Walk the Moon performed and everyone screamed out a New Year’s Eve-style 10-second countdown to the actual moment when Neil Armstrong stepped foot on the Moon 50 years ago.

It was a moment I will remember forever, and it only reminded me further what I’m here to do.  I’m here to be a part of the next momentous milestone – to help make the next crewed Moon landing and the first crewed Mars landing a reality.  And critically, I’m here to inspire the next generation of engineers and scientists – the generation that will in 50+ years be celebrating our great successes.

The summer was all that I could have asked for, but for now, it’s back to CU Boulder to continue my research and harness the momentum from the last few months at JSC to keep moving forward on my own contributions to the field of Bioastronautics and specifically, AG. So, until next time, NASA…and by that, I mean I’ll see you next summer.