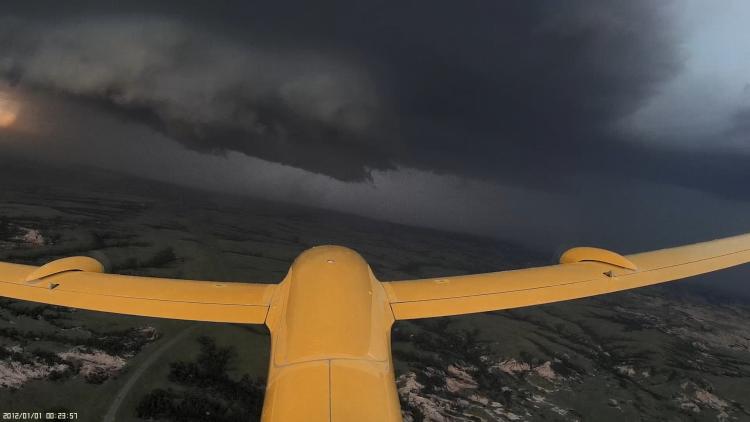 Atmospheric scientists will soon get an unprecedented view of the conditions that trigger some of the United States’ most devastating tornadoes.

Last week, a team of researchers set out across the Great Plains with a fleet of drones to monitor supercell thunderstorms. These rotating storms pummel the central United States with lightning, tennis ball-sized hail and damaging winds every spring and summer, and some, but not all, develop tornadoes.

Previous projects have used single drones flying at an altitude of around 300 metres to take measurements from supercells. But the US$2.4-million project, called Targeted Observation by Radars and Unmanned aircraft systems of Supercells (TORUS), will send as many as four drones into these storms, flying up to nearly 800 metres in the air, to gather data simultaneously on the atmosphere.

“We are attacking the storm from every angle to see what is going on,” said Brian Argrow, an aerospace engineer at the University of Colorado Boulder, who leads TORUS’ drone team. Read the full story at Nature.