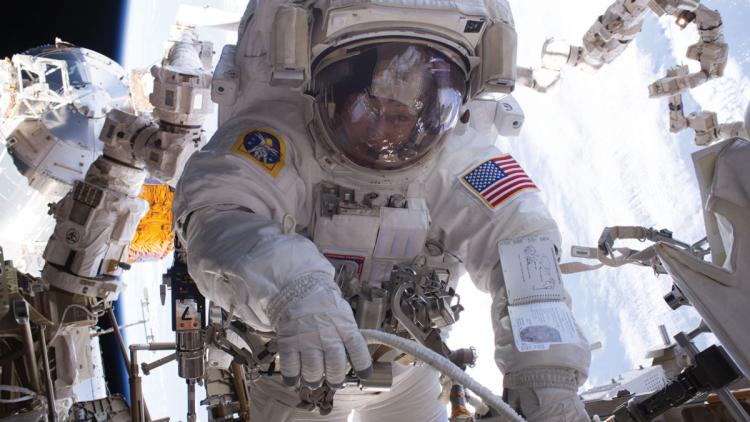 AIAA Aerospace America is highlighting the research going on in Assistant Professor Allie Anderson's laboratory to design a next generation space suit:

U.S. astronauts on the moon or Mars will need a spacesuit that won’t injure or exhaust them. One hurdle is that no one knows exactly what goes on in a physical sense when an astronaut inside one of today’s spacesuits moves his or her limbs. Amanda Miller visited with student researchers in Colorado who think they know how to find the sore spots in today’s suits, a breakthrough that could point the way to better designs, perhaps including one of their own.

In a windowless, subterranean lab at the University of Colorado in Boulder, doctoral candidate Katya Arquilla takes what looks like the sleeve of a shirt down from a shelf and shows it to me. It’s black and made from a stretchy fabric, with fine copper wire connecting patches of pink plastic. This is just a mock-up, but ultimately, she and fellow students plan to create an entire skin-tight body suit with these pink pressure sensors arrayed over it. When the wearer rubs or bumps against something, or something rubs or bumps against the wearer, the resulting pressure increases electrical resistance in the copper wires, and the suit detects the contact.

The team plans to create a... Read the full story at AIAA Aerospace America.