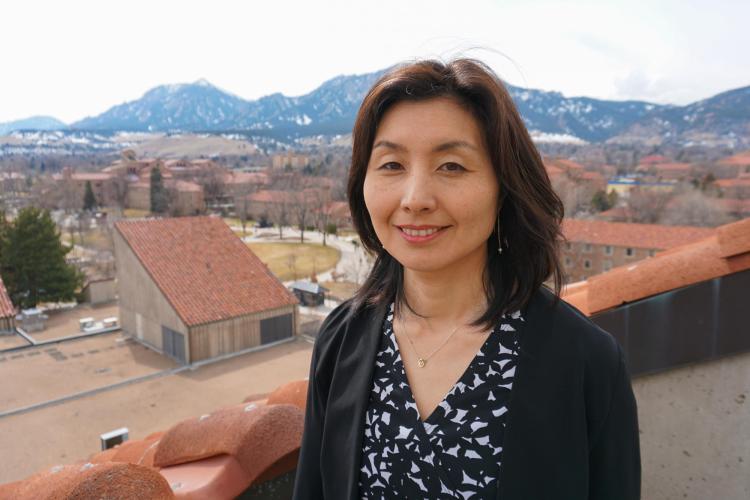 Assistant Professor Tomoko Matsuo has received a CAREER award from the National Science Foundation for her work on the predictability of the atmosphere from the ground to near-Earth space.

These prestigious awards support early career faculty who have the potential to become leaders in research and education in their fields. Matsuo, who earned her PhD from Stony Brook University, New York, has been a faculty member since 2017 in Smead Aerospace Engineering Sciences.

Her project, titled “Predictability of the Whole Atmosphere from the Ground to Geospace,” would allow for accurate forecasting the conditions of the near-Earth space, which low-Earth-orbit satellites travel through. Those conditions are affected by both ground-level activity, such as hurricanes and tornadoes, and activity on the surface of the sun. This necessitates a better understanding of the entire sun-Earth system to make accurate predictions. Her research will integrate large volumes of atmosphere, ionosphere and magnetosphere observations with a high-dimensional computer model of the whole atmosphere and geospace using an approach called data assimilation.

The award continues work Matsuo has been doing with the extension of tropospheric numerical weather forecasting to space, which started during her time at the NOAA Space Weather Prediction Center. Her long-term research goal is to construct an forecasting system that will ultimately be capable of assimilating observations from the ground to geospace. She says that she is excited to start work under the new award.

“I am very excited it was reviewed favorably by the peer reviewers because I took a bit of a risk with the proposal and didn’t know how it would be received,” Matsuo said. “This is really encouraging and will allow me to build my team and continue my work. That’s important, because I can’t do this alone.”