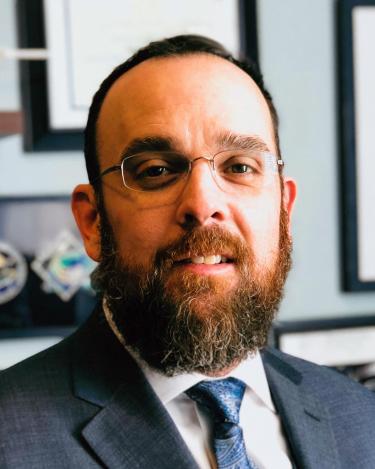 Abstract: Future space missions outside of low-Earth orbit (LEO) will take on greater risks to establish a long-term human presence on the Moon, a near-Earth object, or the surface of Mars. These missions will provide a wealth of new biomedical expertise and novel technologies; inciting a new generations of scientists, engineers and astronauts to push the boundaries of engineering and medicine. One critical research question remaining is the impact the galactic cosmic ray (GCR) radiation environment found outside of LEO will have on both short and long-term human health.  Given the intended future of human spaceﬂight, there is a pressing need to improve upon the understanding of the space radiation risk, predict likely clinical outcomes of interplanetary radiation exposure, and develop appropriate and eﬀective mitigation strategies for future missions.

The study of human health risks of spaceﬂight typically involves analogs that closely represent the space environment. In most cases, theory, models, and study outcomes can be validated with available spaceﬂight data or, at a minimum, observation of humans subjected to analog terrestrial stresses. In contrast, space radiation research is limited to the use of analogs or models that for many reasons do not accurately represent the operational space radiation environment or the complexity of human physiology. For example, studies on the eﬀects of space radiation generally use mono-energetic beams and acute, single-ion exposures (including protons, lithium, carbon, oxygen, silicon, iron, etc.) instead of the complex energy spectra and diverse ionic composition of the space radiation environment. In addition, a projected, cumulative mission dose is often delivered in one-time, or rapid and sequential, doses delivered to experimental animals. In most cases, these dose-rates are several orders of magnitude higher than actual space environment exposures. Even the use of animal models introduces error, as studies make use of a variety of animal species with diﬀering responses and sensitivity to radiation that may not represent human responses to similar exposures. Further, studies do not challenge multiple organ systems to respond concurrently to the numerous stressors seen in an operational spaceﬂight scenario. Historical epidemiological studies of humans, which are generally used for correlation of animal and experimental models, include populations such as atomic bomb or nuclear accident survivors exposed to whole-body irradiation at high doses and high dose-rates, limited to scenarios not found in spaceﬂight. These disparities and numerous other environmental considerations contribute to the large uncertainties in the outcomes of space radiobiology studies and the applicability of such studies for extrapolation and prediction of clinical health outcomes in future spaceﬂight crews.

Here we present a novel modeling approach of the GCR environment by utilizing large-scale multi-core, high-performance computing and Monte Carlo methods to simulate 3D nuclear and subnuclear interactions. We show that the linear energy transfer spectrum of the intravehicular environment of, e.g., spaceﬂight vehicles can be accurately generated experimentally by perturbing the intrinsic properties of hydrogen-rich crystalline materials in order to instigate speciﬁc nuclear spallation and fragmentation processes when placed in an accelerated mono-energetic heavy ion beam. Modiﬁcations to the internal geometry and chemical composition of the materials allow for the shaping of the emerging ﬁeld to speciﬁc spectra that closely resemble the intravehicular ﬁeld. Validation of these results with beam-line measurements, both from the peer-reviewed literature and as performed herein, demonstrate reasonable agreement with model predictions. Our approach can be generalized to other radiation spectra and is therefore of wide applicability for biological exposures as well as general radiation studies, such as the deployment of shielding, electronics, and other materials in a space environment. This provides the ﬁrst instance of a true ground-based analog for characterizing the eﬀects of space radiation.

Prior to Texas A&M he was the Radiation Effects Program Manager at the National Space Biomedical Research Institute and held an academic appointment at the Center For Space Medicine at Baylor College of Medicine. Much of his research drive is from his experience as a Senior Research Engineer with the Space Radiation Analysis Group (SRAG) at NASA’s Johnson Space Center. As part of SRAG, he served as a Flight Controller on the Radiation Console in Mission Control and as the Radiation Lead on the Mission Management team for Space Shuttle mission STS-118, STS-120, STS-122, and STS-125 (Hubble repair mission). This included projecting the radiation exposure, brieﬁng the astronaut crew on any health risks associated with mission, exposures informing the Mission Manager of the radiation risk assessment and providing a Go/No-Go recommendation. Additionally, Jeff also provided training in space weather, medical physics, and countermeasure procedures to astronauts preparing for missions on the International Space Station. He worked extensively with the design team for the Constellation Program’s Orion Crew Exploration Vehicle in the effort to reach an optimummass conﬁguration that would maximize the shielding during solar particle events.

In addition, Jeff was the Radiation Health Ofﬁcer and Space Weather Advisor on the Medical Team dur-ing the history-making Red Bull Stratos project. His support included assessment of the space radiation environment and geomagnetic conditions to inform a Go/No-Go recommendation prior to launch.