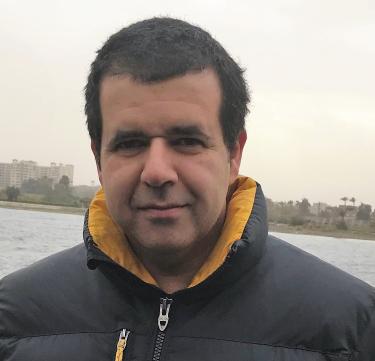 Abstract: Phononics is an emerging field that seeks to elucidate the nature of intrinsic mechanical motion in both conventional and artificially structured materials, and use this knowledge to extend the boundaries of physical response at either the material or structural/device level or both. The field targets primarily acoustic, elastic, and/or thermal properties and usually involves the investigation and utilization of complex wave mechanisms encompassing one or more of a diverse range of phenomena such as dispersion, resonances, dissipation, and nonlinear interactions. The field bridges multiple disciplines across applied physics and engineering, and spans multiple scales reaching the atomic scale where a rigorous definition of phonons resides–quanta of lattice vibrations.

Over the past decade, the Phononics Laboratory at Smead Aerospace, CU Boulder, has played a leading role in both the founding of institutions to help define, form, and propel the field forward, and the discovery and development of novel research concepts that lie at the heart of phonon science and engineering.

This talk will review two new paradigms developed at the Phononics Laboratory: passive flow stabilization by subsurface phonons (a concept jointly established with Sedat Biringen) and resonant thermal transport in nanophononic metamaterials. The former promises to significantly reduce drag along aircraft surfaces, and the latter is poised to double the conversion efficiency of thermoelectric devices. The talk will also present a new theory in nonlinear wave propagation that has implications not only to phononics but also to other disciplines across the physical sciences.

Dr. Hussein received a DARPA Young Faculty Award in 2011 and an NSF CAREER award in 2013, and in 2017 was honored with a Provost’s Faculty Achievement Award for Tenured Faculty at CU-Boulder. He is a Fellow of ASME and an associate editor for the ASME Journal of Vibration and Acoustics. In addition, he is the founding vice president of the International Phononics Society and has co-established the Phononics 20xx conference series which is widely viewed as the world’s premier event in the emerging field of phononics

All seminars are open to the public.