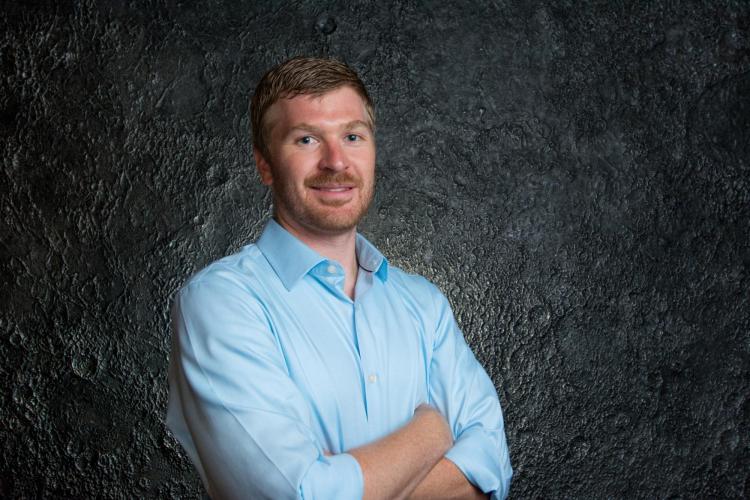 Abstract: There is great interest in asteroid exploration for three reasons - science, planetary defense, and asteroid mining. While many dream of getting rich off of mining rare minerals, the real treasure is water, which can be used for fuel and life support. Thus, in-situ resource utilization could dramatically influence how future missions throughout the solar system are designed and operated. There are still many challenges to getting at the resources available in near-Earth asteroids (NEAs).

This talk will discuss the current state of asteroid exploration (including the OSIRIS-REx mission) and resource utilization technologies, and will present a new way of  acquiring material from asteroids. There are two key components to this new approach.

First, an overall architecture, termed Lofted Regolith Sampling (LoRS) will be presented. Second, current work on Area-of-Effect Softbots (AoES) which are being designed to operate on NEA surfaces at "eat" the asteroids. Both approaches are designed to take advantage of the peculiarities of the asteroid environment, and to be robust to the uncertainties remaining in our knowledge of these fascinating objects. The talk will close with a discussion of future work and related technologies for advancing asteroid mining and other goals in solar system exploration.

Bio: Jay McMahon is currently an Assistant Professor in the Smead Aerospace Engineering Sciences department and CCAR at the University of Colorado in Boulder where he heads the Orbital Research Cluster for Celestial Applications (ORCCA) lab. ORCCA's research focuses on: autonomous space vehicle guidance, navigation, and control; asteroid science and missions; resource utilization; and space situational awareness. He has been in Boulder for a while - he received his PhD in Aerospace Engineering Sciences in 2011, was a Research Associate following that until early 2013 when he became an Assistant Research Professor until Fall 2016. Prior to Boulder he lived in Los Angeles where he worked in the Guidance Analysis department at The Aerospace Corporation from 2004-2008. His previous degrees include a MS in Astronautical Engineering from the University of Southern California in 2006 and a BS in Aerospace Engineering from the University of Michigan in 2004. He is currently an Associate Editor the the AIAA Journal of Spacecraft and Rockets and an Associate Fellow in AIAA. He was named a NASA Institute for Advanced concepts (NIAC) fellow in 2017, and a NASA Early Career Faculty fellow in 2018. Asteroid (46829) McMahon (a main-belt binary asteroid) was named in his honor.