"I am a Mexican immigrant, rocket scientist, and test pilot for the United States Air Force." - Carlos Pinedo 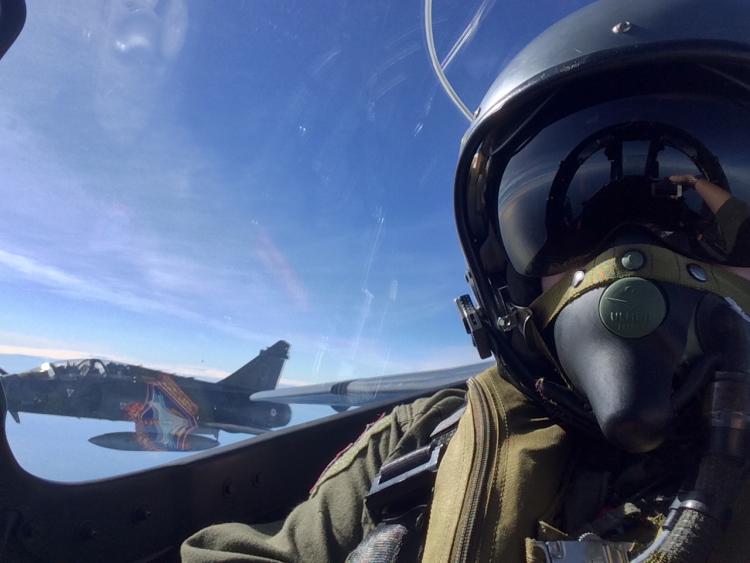 I am a Mexican immigrant, rocket scientist, and test pilot for the United States Air Force. The journey from where I came from to where I am can be described as opportunity meets luck and hard work.

I was born in the city of Torreon in the state of Coahuila, Mexico. My father was an agricultural engineer and had received good job offers but knew that the U.S. offered better opportunity for his children, so we immigrated to the U.S, eventually settling in Antelope Valley in the Mojave Desert. This move would have a great impact on my choice of profession.

For those unfamiliar with Antelope Valley, sometimes called Aerospace Valley, it is one of the Air and Space capitals of the United States.

It is where Chuck Yeager famously broke the sound barrier, it is the home of the SR-71 Blackbird, Scaled Composites introduced the first commercial spacecraft with SpaceShipOne, and in 1991 it was where Space Shuttle Endeavour rolled off the assembly line. I was nine years old at the time. I took one look at the Space Shuttle and thought, “what do I need to do to fly that?”

So, I obtained an Astronaut Almanac and proceeded to study the biographies of all the current astronauts.

What I found was that many were former military test pilots and had attended either a military academy or MIT. So, at a very young age the decision was made. I was going to MIT and becoming a test pilot.

Two problems arose. The first: MIT is one of the best and most difficult engineering schools to get into.

When I was sixteen, my parents woke my older brother and I one morning and handed each of us a U.S. passport. It had taken my parents 15 years to obtain citizenship and once they did their children also became citizens.

The timing could not have been better.

I had heard about a summer internship at NASA Dryden (now NASA Armstrong), but you had to be a U.S. citizen to apply. I applied, got the internship and proceeded to spend my next three summers at NASA.

I was accepted by MIT and commissioned into the Air Force through the ROTC program as a Distinguished Graduate. While at MIT I obtained both a B.S. and M.S. in Aeronautical and Astronautical Engineering. I had performed well enough to get accepted into Air Force pilot training.

I was assigned the B- 1B aircraft, an aircraft built in my hometown, and deployed three times in support of Operation Iraqi Freedom and Operation Enduring Freedom where I flew 135+ combat missions.

I have never been content with just having a surface level understanding of those subjects that I am passionate about. I have always believed that the better I understood the fundamental principles that underline aircraft design the better pilot, especially test pilot, I could become. That, coupled with a strong desire to teaching led to my current goal – earning a PhD.

CU Boulder was a clear choice. The Bioastronautics department is a highly recognized leader in the field, and CU Boulder is one of the few institutions that effectively incorporates coursework, facilities, and research opportunities specifically focused on the subject.

The department is also well integrated and networked with current space operations and research facilities throughout the world, and the faculty and facilities are second to none. Although the faculty, which includes two former astronauts, have a plethora of personal and professional accomplishments, it is their passion and willingness to interact and collaborate with students that makes it a truly great place to conduct research.

There is a strong sense of community between all members of the department that provides an environment allowing each and every student to thrive. The weather and the mountains also provide ample opportunity to live a balanced life.