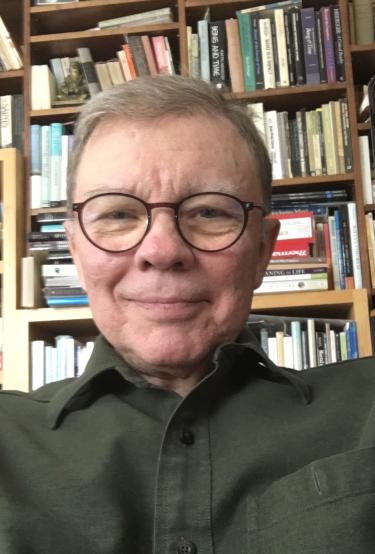 Prof. Wes Morriston was a professor of philosophy at CU-Boulder from 1972-2014 when he retired as Emeritus Professor of Philosophy. He received a BA in philosophy from Queen’s University in Belfast in 1967, then earned an MA and PhD in philosophy from Northwestern University in 1969 and 1972. Prof. Morriston specialized in the philosophy of religion, and published many papers in this area during his career, many of which are available online here. He was also active in presenting his work, and numerous videos of him can be found on Youtube discussing his work and ideas. He was also a beloved philosophy professor during his career here, with a renowned and immensely popular course PHIL 1600 ‘Philosophy and Religion’, which attracted many students to the philosophy major, as well as PHIL 3600 ‘Philosophy of Religion’. He was also the Associate Director of the Theology Forum for many years, and taught PHIL 4600: Theology Forum Seminar, which was a one-credit seminar devoted to theological issues. He won numerous teaching awards, including being selected by graduating philosophy majors for a departmental teaching award in 2005, being awarded the Boulder Faculty Assembly Teaching Excellence Award twice in 1981 and 2001, and being named a University of Colorado President’s Teaching Scholar 1992-2014. He also mentored countless philosophy graduate students as TAs and GPTIs, and served as Teaching Mentor for the department for many years, observing and advising many graduate students, and helping them to develop and grow as teachers of philosophy. The Wes Morriston Teaching Prize awarded each year to an outstanding Graduate Part-Time Instructor is intended both to recognize outstanding teaching of undergraduates in the philosophy department, as well as to acknowledge Prof. Morriston’s own outstanding contributions to undergraduate teaching during his own career here.