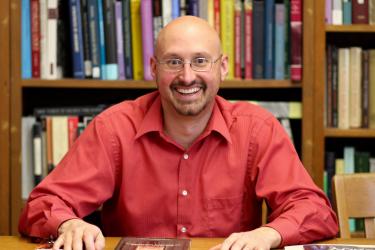 Mondays 4pm-5pm and Tuesdays 9am-11am (in person only)

Teaching in Fall 2021: PHIL 2240-003, PHIL 2240-100, PHIL 3010-001
I’m an instructor in the Philosophy Department here at CU. I received a B.A. in Religious Studies from Lawrence University in 2003, an M.A. in Philosophy from UW-Milwaukee in 2007, and a Ph.D. in Philosophy from Vanderbilt University in 2014. As that summary of my education already suggests, I actually originally got into philosophy from the study of religion, specifically, the religions of South and East Asia, and although my present research would appear to be far removed from this, it still informs my understanding and teaching of philosophy today. In particular, I think that tackling philosophical problems with rigor depends crucially on developing an appreciation not only for the true breadth of solutions that have been offered for them, but also for the diverse contexts of significance through which these problems have emerged. For my part, I’ve found that the best way to come around to such an appreciation is by engaging broadly with the history of philosophy. That’s the area I primarily work in now.

I teach all kinds of stuff, but recently I’ve been teaching classes on Kant, Marx, modern philosophy, Asian philosophy, philosophy of sports, and various introductory courses, including political philosophy and critical thinking.

Most of my research is concentrated in the classical German philosophical tradition stretching from Kant—at the end of the eighteenth century—to the emergence of phenomenology at the beginning of the twentieth. Recently, I’ve been working on the Marburg School of Neokantianism: