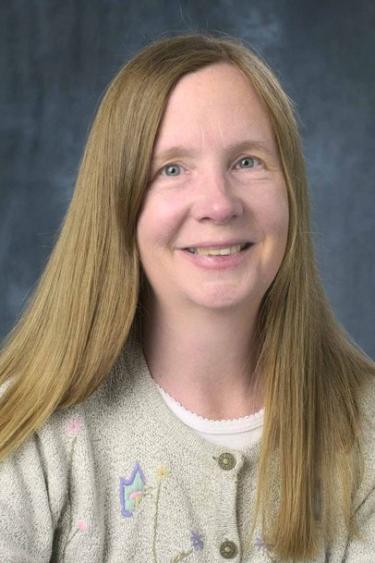 Prof. Claudia Mills was a beloved philosophy professor here at CU-Boulder from 1991 to 2014, when she retired as Emeritus Associate Professor of Philosophy. She was born in New York City on August 21, 1954. She received her B.A. degree from Wellesley College in 1976, her M.A. degree from Princeton University in 1979, and a Ph.D. in philosophy from Princeton University in 1991. She also received an M.L.S. degree from the University of Maryland in 1988, with a concentration in children's literature. She worked as an editorial assistant in children’s book publishing at Four Winds Press (Scholastic) in NYC from 1979-1980 and as an editor and director of publications at the Institute for Philosophy and Public Policy at the University of Maryland 1980 to 1989. There she wrote articles on topics ranging from nuclear deterrence, the regulation of air pollution, the preservation of endangered species, and the political uses of food, to racist and sexist humor, children’s television, privacy in the computer age, and her most popular essay, “Why Life Is Disappointing.”  From 1992 to 2013 she taught philosophy, first as an assistant professor at the University of Maryland at Baltimore County, then as an assistant professor and then associate professor at the University of Colorado at Boulder. She was the Robert and Carolyn Frederick Distinguished Visiting Professor of Ethics and visiting Associate Professor of Philosophy at DePauw University from 2011-2013, and in 2015. Prof. Mills has published numerous papers on ethics, applied ethics, and political philosophy, including such gems as ‘Bragging, Boasting, and Crowing: The Ethics of Sharing One’s Glad Tidings with others’ (Philosophy & Public Policy Quarterly 2004). Prof. Mills’s current research interests focus on ethical questions regarding the family, such as the rise in the use of behavior-altering medications for children, conflicts between parents and non-parents in the workplace, and intercultural adoption. She also publishes widely on moral and philosophical questions in children’s literature.

In addition to her many scholarly articles, Prof. Mills is the author of almost 60 books for children, including Write This Down, The Trouble with Babies, and Cody Harmon, King of Pets. (see her author page for more information). She loves occasions when she can bring her love of children’s literature into the philosophy classroom. For example, when she teaches Nietzsche in her Intro to Ethics class, she always reads aloud to the class from the sappy picture-book classic The Rainbow Fish and then leads a discussion with her students on why Nietzsche would have hated the book. In 2005, she was a judge of the National Book Award in the category of Literature for Young People. In 2014 she retired from her professorship at CU-Boulder in order to concentrate on her writing.

Prof. Mills was an outstanding teacher and mentor during her career here at CU-Boulder. She regularly taught PHIL 3100 ‘Ethical Theory’ as well as PHIL 1100 ‘Ethics’, a renowned introduction to ethics which included readings from Tolstoy, Aristotle, Kant, Mill, Nietzsche, Sartre, Trungpa, children's author Phyllis Reynolds Naylor, and above all her beloved Epictetus, the Stoic philosopher. She also taught advanced undergraduate and graduate courses in ethics and political philosophy. She supervised many PhD students, including Martín Chamorro, Jay Lynch, April Shaw, Tim Cook, Jon Jensen, and Rob Figueroa, in addition served on many other MA and PhD dissertation committees for students working on moral and political philosophy. She also mentored countless graduate students as TAs and GPTIs, and served as Teaching Mentor for the department for many years, observing and advising many graduate students, and helping them to develop and grow as teachers of philosophy. Prof. Mills won numerous teaching awards including the SOAR (Student Organization for Alumni Relations) Teaching Recognition Award (1995), the Phi Sigma Tau (Undergraduate Philosophy Club) Excellence in Undergraduate Teaching Award (1999), the Best Should Teach Gold Award (2010), and the Boulder Faculty Assembly Teaching Excellence Award (2009). The Claudia Mills Teaching Prize awarded each year to an outstanding Teaching Assistant is intended both to recognize outstanding teaching of undergraduates in the philosophy department, as well as to acknowledge Prof. Mills’ own outstanding contributions to undergraduate teaching during her own career.

For more information you can read her CV here.