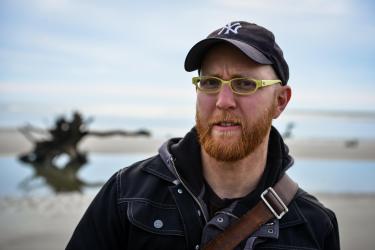 Benjamin Hale is associate professor in the Philosophy Department and the Environmental Studies Program. He is author of the book The Wild and the Wicked: On Nature and Human Nature (MIT Press: 2016), co-editor of the journal Ethics, Policy & Environment, and former officer (VP, 2013-16; President, 2016-2019) of the International Society for Environmental Ethics. From 2019-2020 he was the Interim Director of the Bruce D. Benson Center for the Study of Western Civilization and from 2006-2008 he was Director of the Philosophy Department's Center for Values and Social Policy. He continues active engagement with the Center for Values and Social Policy, and is particularly instrumental in co-coordinating the annual Rocky Mountain Ethics Congress with Alastair Norcross. His primary area of research interest is environmental and public health ethics, where he focuses mostly on big picture practical questions that overlap with public policy and economics, though he maintains active interest in a wide range of concerns in applied ethics, normative ethics, and even metaethics. Much of his substantive recent work centers on ethical and environmental concerns related to natural disasters, ecological intervention, and emerging technologies.

Prospective graduate students with a sincere interest in environmental ethics should contact Professor Hale directly at bhale@colorado.edu to discuss options. Where appropriate, they may consider applying to the Environmental Studies program and working with his lab group, the Committee on Environmental Thought (ComET). There are no restrictions on applying to both programs simultaneously.