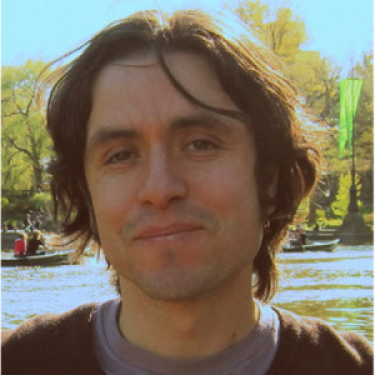 We are pleased to announce that Prof. Raul Saucedo has won the 2021 Boulder Faculty Teaching Excellence Award.

Raul Saucedo is an Assistant Professor of Philosophy at the University of Colorado Boulder. He teaches a wide variety of courses in philosophy, including logic at the introductory, intermediate and advanced levels (including his PHIL 2440 ’Symbolic Logic’ which many of our philosophy majors have to take), as well as metaphysics, philosophy of language, and as well as a new course on Buddhism. He has supervised MA and PhD students as well. Students who contributed to the teaching award nomination consistently praised Prof. Saucedo as a teacher, citing (i) his ability to explain complex and difficult material in a way that leads to real understanding, (ii) his caring and patient approach to pedagogy, with numerous students commenting on his commitment to not leaving any student behind, and his ability to make the material accessible to everyone, regardless of their ability and prior exposure to the material, (iii) his combination of open-mindedness and intellectual rigor.

Professor Saucedo  works primarily in metaphysics and related topics in logic and philosophy of science. His current research focuses on a few interconnected issues concerning parts and wholes, space and time, plurals, and fundamentality. He is interested in the treatment of such themes across the history of philosophy (especially in the ancient Greek and early modern periods) as well as in non-Western intellectual traditions (especially ancient Indian thought). At the moment he’s working on a few papers articles and a book manuscript defending the ontological priority of collectivity over individuality. He has wide teaching interests (from logic, philosophy of language, and metaphysics to Early Modern, 20th Century, and Buddhist philosophy) and is a passionate and dedicated instructor. Before coming to CU, he was Assistant Professor of Philosophy at Yale University and Research Fellow in metaphysics at the Australian National University. He received his PhD from Cornell University and studied at UC Berkeley and the National Autonomous University of Mexico (UNAM) as an undergraduate. He was born and raised in Mexico City.