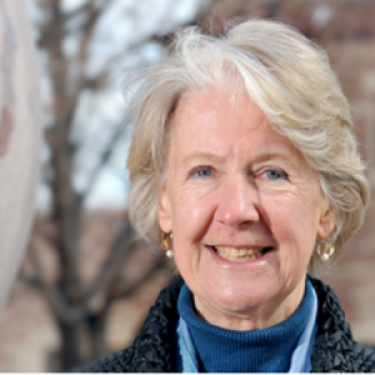 The Philosophy Department announces the retirement of Professor Alison Jaggar as of August 31st, 2020.

Professor Alison Jaggar is one of the foremost political philosophers in the US, and is widely credited with having been a pioneer in the field of feminist philosophy and the philosophy of gender, as well as with introducing gender as a category of analysis into the philosophical debate on global justice. Jaggar came to CU Boulder in 1990 and holds a joint appointment with the Department of Women and Gender Studies. She is also a faculty affiliate in Ethnic Studies. Jaggar is a College Professor of Distinction and has lectured and held visiting positions at many universities in the US and abroad. She has been awarded numerous distinguished lectureships and fellowships, including the Dewey Lecturer, APA (2019), American Academy of Arts and Sciences (2017), “Best Should Teach” Award (2012), CU Gee Memorial Lectureship, two NEH Fellowships, Society for Women in Philosophy Distinguished Woman Philosopher, Rockefeller Foundation Fellowship, and other honors.

Professor Jaggar has published many books and articles and her work has been widely translated. Her books include:

Feminist Frameworks: Alternative Theoretical Accounts of the Relations between Women and Men, edited with Paula Rothenberg (1978/1984/1993); Feminist Politics and Human Nature (1983); Gender/Body/Knowledge: Feminist Reconstructions of Being and Knowing, edited with Susan R. Bordo (1989); Living with Contradictions: Controversies in Feminist Social Ethics (1994); Morality and Social Justice: Point Counterpoint, with James P. Sterba et al(1995); The Blackwell Companion to Feminist Philosophy, edited with Iris M. Young (1998); Just Methods: An Interdisciplinary Feminist Reader (2008/2013); Abortion: Three Perspectives, with Michael Tooley, Philip E. Devine and Celia Wolf-Devine (2009); Pogge and his Critics (2010); Gender and Global Justice (2014). She is currently at work on two books, Just Moral reasoning: Justifying Moral Claims in an Unjust World, co-authored with Theresa W. Tobin, in which she is exploring the potential of a naturalized approach to moral epistemology for addressing moral disputes in contexts of inequality and cultural differences; as well as Essays on Global Gender Justice.

Jaggar’s career has included a great deal of service to professional philosophy. She was a founder of the Society for Women in Philosophy and the Association for Feminist Ethics and Social Theory. Since the 1970s, she has been an active citizen of the American Philosophical Association and in 2020 she will begin her second term on the APA Committee for the Defense of the Professional Rights of Philosophers.

The Department thanks Professor Jaggar for her contributions to our teaching and research mission, her service and dedication to our department and to our field, and wishes her the very best.  We will miss you Alison!